WHL Firsts: A trio of players notch first markers in the league 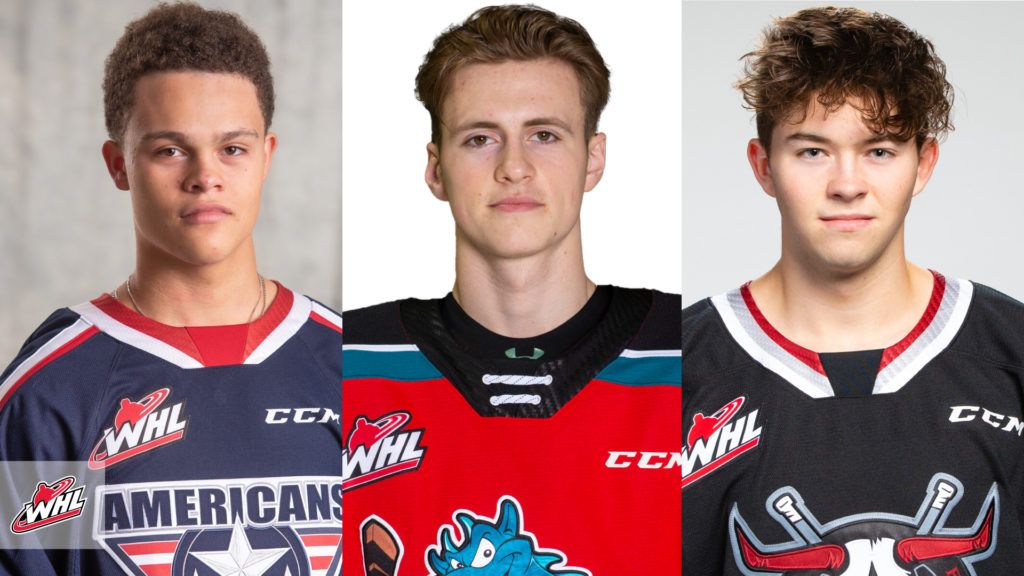 After a week with no firsts , WHL Firsts returns with three players potting their first goals in the Western Hockey League. Featuring this week is Kelowna Rockets forward Tyson Feist, Tri-City Americans rookie Tyson Greenway and Red Deer Rebels defenceman Kyle Masters. In the following weeks look for the Clubs that have already clinched playoff spots to give their younger players a chance to suit up this season.

Leading this week’s edition of WHL Firsts is Tyson Feist, who potted his first goal for the Rockets against the Americans. Feist, the product of Dawson Creek, B.C., potted his first after firing a shot from the right circle past the Tri-City goaltender. The 19-year-old who was acquired earlier this season from the Regina Pats had an efficient game. The defenceman finished the night with three points (1G-2A) and played a big part in the Rockets 8-3 win.

Also in the game, Tri-City rookie Tyson Greenway notched his first WHL goal. The product of St. Albert, Alta. found space open in the slot after Tri-City forced a two-on-one and beat the Rockets goaltender. The 17-year-old showed great hand-eye coordination, taking the puck from forehand to backhand back to forehand and buried a shot blocker side. Although the goal was one for the highlight package, the Americans fell short in the game. Greenway’s performance was a bright spot for the team.

The lone WHL Firsts goal on Saturday was scored Kyle Masters, the 16th-overall selection at the 2018 WHL Bantam Draft. After an early goal from Josh Tarzwell put the Rebels on the board, Masters extended the lead on power-play. The product of Edmonton, Alta. shot the puck from just inside the blue line, beating the Rockets goaltender, that gave the Rebels a two-goal lead. The Rebels finished the game two for seven on the powerplay and picked up the 3-2 win.

They've changed the call on the Rebels second goal. It's now Kyle Masters goal……his first in the WHL! #RDR