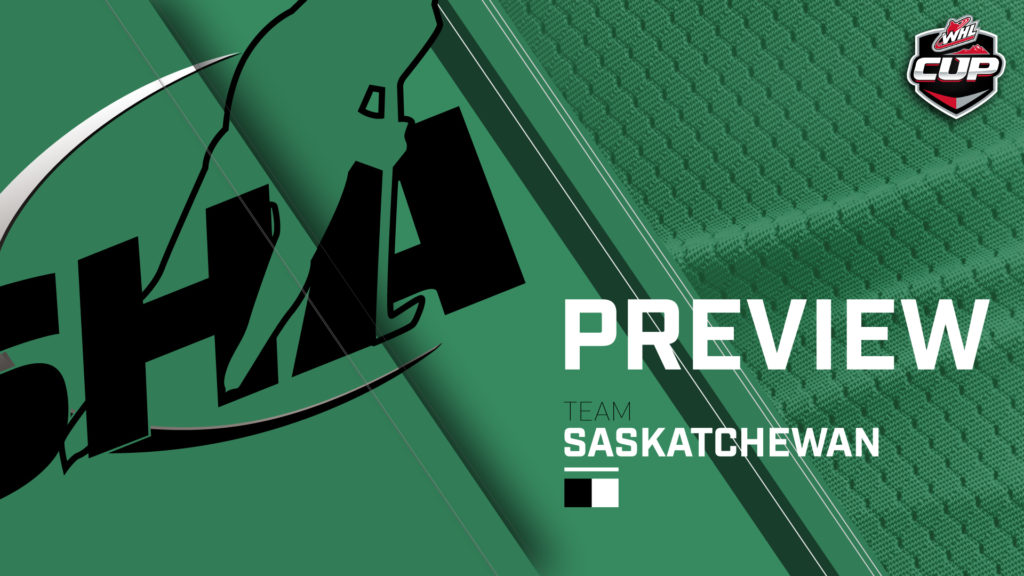 In a tournament like the WHL Cup that features four teams and three spots on the podium, it’s a given that one team is going to go home empty-handed at the end of the weekend.

Last year, that team was Saskatchewan, which fell to Manitoba in the bronze medal game. Under the leadership of new head coach Clint Mylymok, he’s not planning on leaving Calgary next week without a medal — ideally gold — around his neck.

“That’s not enough and it’s not something that you want to hang your hat on,” Mylymok said of his province’s recent performances. “For us, it’s trying to be a different team than we have in the past.

“We’re a province that doesn’t have the numbers of some of the others, but certainly I think with some talent, there’s no reason why [the players] can’t change the mindset and go in hungry for wins.”

Mylymok experienced those result first-hand, being an associate coach in previous tournaments with Saskatchewan before taking on the head coaching role this year. Though he’s busy enough with head coaching duties with the Notre Dame Junior A Hounds, he believes he has a roster of 20 players that can bring his province success.

“It just depends on what type of personnel you have and what you think they can handle,” he added. “We’re all going in probably not knowing the kids 100 per cent.

“We’ve had a couple looks at them to get the quick idea of what you think they have.”

Of the 80 players in attendance across the four provincial branches, 72 were selected in the 2017 Western Hockey League Bantam Draft. One of those players, forward Ryder Korczak, is looking to blaze his own trail after his brother Kaedan competed in the 2016 edition of the tournament before joining the Kelowna Rockets, where he’s playing this season.

Calgary is very much a start and end point for the time being with the younger Korczak, who was an early second-round selection of the Calgary Hitmen last spring.

“It’s an honour,” said Korczak, who made the full-time jump to the Saskatchewan Midget AAA Hockey League this fall. “[My] brother went through the process. He said it was a good experience.

“I’m looking for the same.”

This tournament is a continuation of a whirlwind year for the younger Korczak. In his Bantam Draft year, Ryder tallied an impressive 27 goals and 83 points in 30 games with the Yorkton Bantam AA Terriers. Through six games with his hometown Yorkton Maulers of the SMHL, Ryder has three goals and five points in six games.

Though he’s only played a handful of games since hearing his named called by the Hitmen, Korczak already feels like a different player.

“It was an honour to get drafted, but it really built [up] my confidence,” Ryder added. “Calgary’s a nice place to go.”

Korczak has also set his eyes on getting the best of potential future teammate Luke Prokop in a friendly, but fierce competition. Prokop will be guarding Alberta’s blue line at the tournament and was taken 22 spots ahead of Korczak by the Hitmen earlier this year.

The standard in years past has been set by the two westerly provinces of British Columbia and Alberta. Mylymok admitted those teams will be tough as always, but aren’t an insurmountable challenge.

“If you’re in a one-on-one battle, why can’t you win it? It’s our job to win those battles,” Mylymok said. “Whether things are going well last shift or not, you’ve got to get yourself refocused, get yourself set up.

“When you jump back out there, you better be able to perform to the best of your abilities.”

When Saskatchewan opens the tournament, they’ll do so in a battle against last year’s gold medalists from the Wild Rose province. That will be followed by a battle against the neighbours to the east in Manitoba followed by a date with British Columbia. When the first puck drop comes, Mylymok believes his group of 20 players will be able to compete with the best of them.

“It’s not always talent, it’s just a mindset,” continued Mylymok. “We’ve got to figure out which kids can handle certain situations.

“We can’t wait until game three, it’s got to happen in game one. You can’t sit back and wait. Kids can either do it or they can’t, because it happens pretty quick and happens in a blur.”

At the end of the week, how all four provincial rosters play out on the ice is the greatest unknown. The top prospects will be present, that much is known, but whether it’s a team with a first-round pick playing bottom-six minutes or a late-round selection playing on the top pair is still to be determined.

Regardless of how his team finishes, Mylymok wants the other provinces to know that they played a new and improved Saskatchewan team.

“Win or lose, let them know they were in for a tough one.”

For more information on the WHL Cup, visit prospects.whl.ca