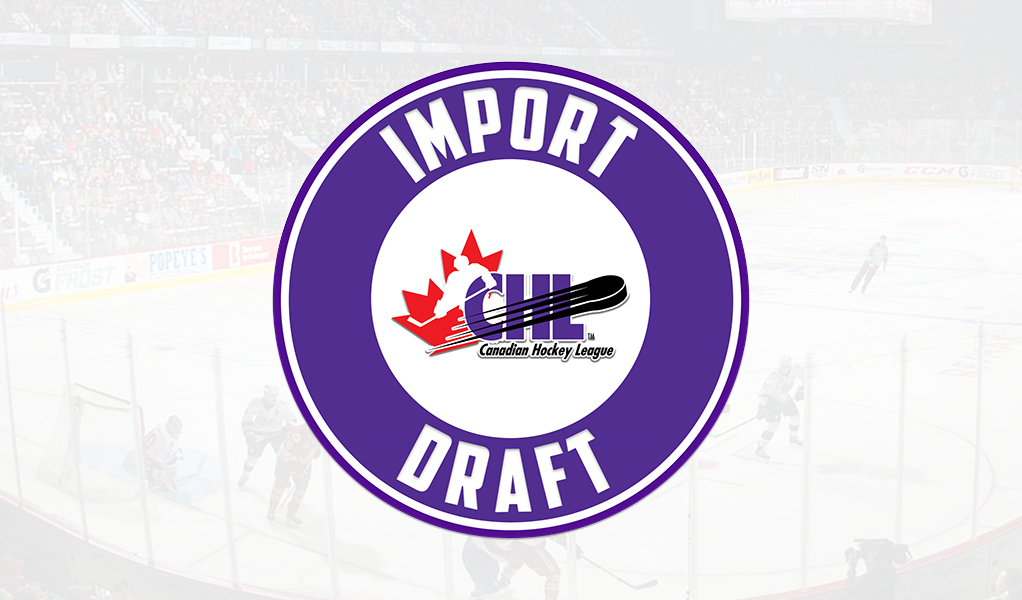 Calgary, Alta. –  The Western Hockey League announced today that 23 players have been selected from nine different nations by WHL Clubs as the 2022 CHL Import Draft was completed Friday.

The two-round draft took place online with the order of selection rotating through each of the CHL’s three leagues. All CHL Clubs are permitted to carry two import players on their roster each season.

“Adam is a skilled offensive forward with a great motor and plays with intensity,” said Willie Desjardins, Head Coach and General Manager of the Tigers. “He takes away time and space, and is not afraid to be first to pucks and play in the dirty areas. He had an excellent World Championships as one of the youngest players in the tournament, and we expect him to be taken in the first few rounds of the NHL Draft next week.

“We are excited about the prospects of adding a player of his calibre and providing an environment where he can continue to improve and develop his game.”

Sykora’s father, Roman, played in the WHL, appearing with the Tri-City Americans during the 1997-98 season.

The Tri-City Americans called the name of Czech forward Adam Mechura with the fourth-overall selection. The 6-foot-4 Mechura registered an impressive 84 points (54G-30A) in 42 games with Bili Tygri Liberec U20 during the 2021-22 season.

With the seventh-overall pick, it was the Victoria Royals selecting Czech forward Robin Sapousek. The 6-foot-1 Sapousek is ranked 125th among European skaters by NHL Central Scouting ahead of the 2022 NHL Draft. In 20 games with HC Karlovy Vary U20, Sapousek recorded 13 points (5G-8A).

The Vancouver Giants represented the final WHL Club to select in the top 10 of the 2022 CHL Import Draft, opting to choose Slovak forward Samuel Honzek with the 10th overall pick. The 6-foot-1 product of Trencin earned a silver medal with Slovakia at the 2021 Hlinka Gretzky Cup. During the 2021-22 season, he notched 14 points (10G-4A) in 49 games with HK Dukla Trencin in the Slovak professional league.

Visit CHL.ca/draft for complete results from the 2022 CHL Import Draft.