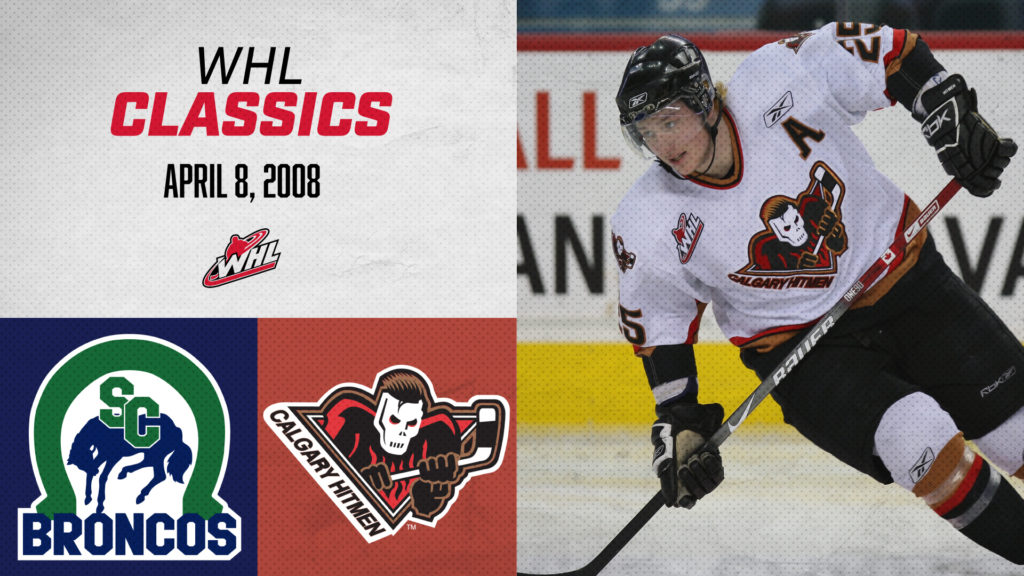 After two games in Saskatchewan, the Swift Current Broncos and Calgary Hitmen are headed to Alberta for three-straight matchups that’ll influence who comes ahead, with Game 3 being the first opportunity for a team to take a 2-1 series lead. The Broncos claimed the win in Game 1 but the Hitmen struck back in Game 2.

A 19-15-0-2 road record throughout the regular season, along with two out three wins in the first round against the Regina Pats make the Broncos a confident Club on the road. Levi Nelson leads the team in both goals and overall scoring, tallying twice in Game 1 and once in Game 2. Finding the scoresheet will be a priority for him and an area the Hitmen will be looking to contain.

Also finding offensive success for the Broncos, the likes of Keegan Dansereau, Dale Weise, Zack Smith, Justin Dowling, and Cody Eakin have impressed to date. After scoring in Game 2 of the series against the Pats, Matt Tassone has been in search of his next goal. He has added four assists in that span but will look to find the back of the net once more.

For Calgary, their 24-10-1-1 record put themselves just above the middle pack of teams for home success. However, it hasn’t been a smooth transition from home play in the 2008 WHL Playoffs. Winning just one of three home games in the opening round against the Moose Jaw Warriors, the Hitmen will be eager to right the ship against the Broncos.

While their goal contributions have been fairly balanced, there’s no doubting T.J. Galiardi as the team’s main offensive source to date. He tallied four points (2G-2A) in the Game 2 win and has been held pointless in just one game so far in the 2008 WHL Playoffs. He’s tallied five of his 17 points on home ice and will look to balance that out more with his road success.

Also starring for the Hitmen have been Brandon Kozun, Kyle Bortis, Brock Nixon, and Paul Postma. Could we see a repeat of Brock Nixon’s success from the first round? In Game 2 against the Warriors, he scored a single goal and added two more in Game 3. In Game 2 in Swift Current, Nixon scored once. He’ll be looking for another big performance like he had in the previous round.

Between the pipes, Travis Yonkman will guard the crease for the Broncos while Dan Spence will tend to the pipes for the Hitmen.