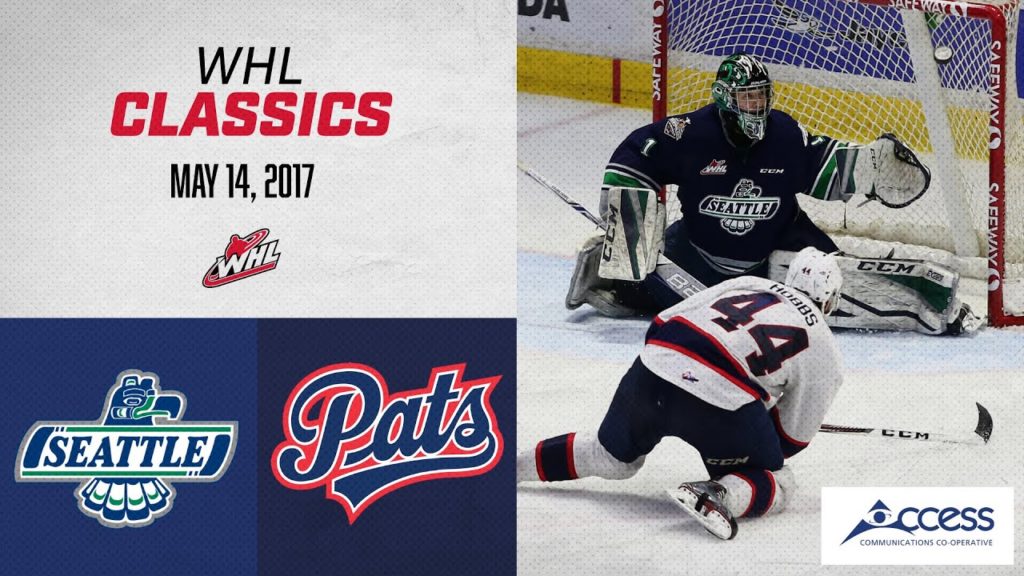 The final instalment of WHL Classics for 2019-20 takes us to the Brandt Centre in Regina, Sask., the site for Game 6 of the 2017 WHL Championship Series between the Pats and the Seattle Thunderbirds.

A dominant display from Mathew Barzal paced the Thunderbirds to a 7-4 victory in Game 5 back in Kent, Wash., putting Seattle in the driver’s seat with a 3-2 series lead and within reach of the franchise’s first WHL Championship in its 40-year history.

It’s been a fast and physical series to this point with three one-goal decisions, including two overtime contests, through the opening five games. After taking Game 1 with a 2-1 OT victory, the Thunderbirds dropped two straight games to the Pats before turning the tables. Game 4 saw a 6-1 victory for the Thunderbirds, followed by a 7-4 margin in Game 5.

The Pats are down to their last life, with Games 6 and 7 scheduled to be played in the Queen City as a result of the 2-3-2 championship format.

Edmonton Oilers prospect Ethan Bear has been a force from the blueline for the Thunderbirds, collecting eight points (1G-7A) in five games. Barzal has done damage of his own with eight points (2G-6A) to this point in the series.

A pair of Anaheim Ducks prospects have had an impact for the Pats, as defenceman Josh Mahura (3G-3A) and centre Sam Steel (2G-3A) lead offensively.

Between the pipes, rookie sensation Carl Stankowski has stood on his head with a 2.56 goals-against average and .908 save percentage through five contests. At the other end, veteran Tyler Brown takes to the blue paint for the Pats.

The action gets underway at 7 p.m. MT at WHL.ca and on YouTube!