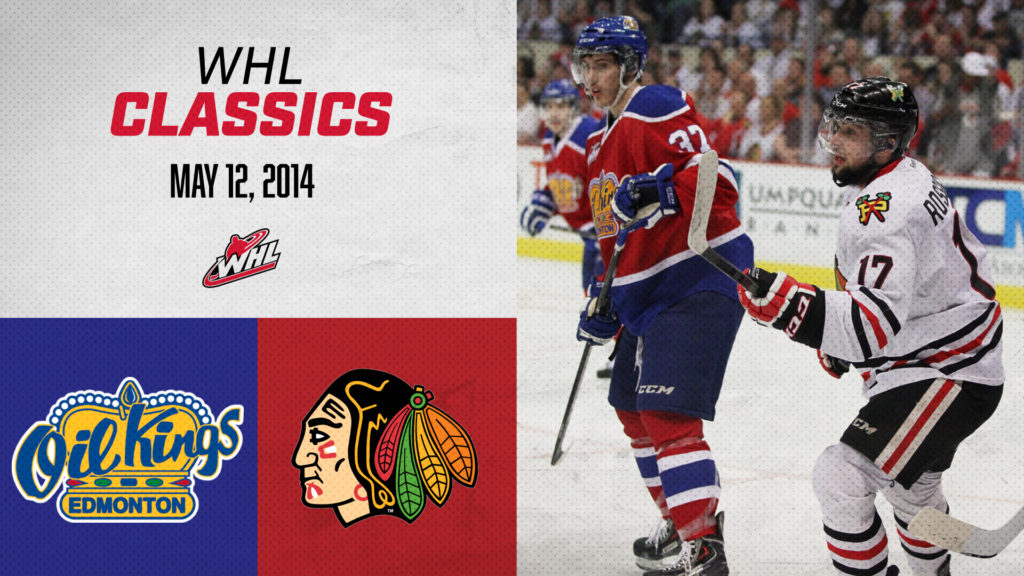 From the Veterans Memorial Coliseum in Portland, Ore., the Portland Winterhawks and Edmonton Oil Kings are set to meet on Monday, May 12, 2014 to decide the WHL Champion. Fanning the flames of their rivalry, the Winterhawks will be searching for back-to-back WHL Championships while the Oil Kings will be looking to secure their second win in three seasons as they mark the third-straight WHL Championship Series between the two clubs.

We’re less than 24 hours removed from Sunday’s 6-5 overtime finish, with the winning goal supplied by Keegan Iverson to send the series the distance. The first four games of the series saw the home team emerge victorious while Games 5 and 6 saw the visitor claim wins leaving the door open for who will pick up the win in the final game of the series.

A pair of 2014 NHL Draft prospects have also impressed for the Oil Kings. Following a breakout regular season with 60 points (30G-30A), Latvian forward Edgars Kulda has kept up his production in the 2014 WHL Playoffs with 21 points (10G-11A) to rank second in team scoring. Meanwhile, Brett Pollock leads the Oil Kings with 11 goals as part of his efforts during the playoffs.

Countering for the Winterhawks, the team boasts the top five scorers in the entire league for the 2014 WHL Playoffs and will be hoping to have that high-octane offence lead them to victory once again. Led by a trio of players at 32 points, Columbus Blue Jacks prospect Oliver Bjorkstrand, Nashville Predators prospect Brendan Leipsic, and Pittsburgh Penguins prospect Derrick Pouliot will all be looking to add another WHL Championship to the Winterhawks’ trophy case as well as their hockey resumes.

There’s also Nicolas Petan to consider, who finished second in WHL regular season scoring with 113 points (35G-78A) and has added 27 points (7G-20A) in the 2014 WHL Playoffs so far. Powered by eight players reaching double-digit points during the playoffs, including the likes of Taylor Leier, Chase De Leo, Matthew Dumba, and Paul Bittner, the Winterhawks will have plenty of avenues to source offence from.

In net, fans are in for another treat as the Oil Kings send out Penguins prospect Tristan Jarry against Arizona Coyotes prospect Brendan Burke.

Playing every single minute of his team’s run, Jarry is looking to complete his stellar performance between the pipes with a WHL Championship. Serving as the backup for the team’s run to the 2012 WHL Championship, Jarry will be looking to emulate what Laurent Brossoit did two seasons ago by earning all 16 wins himself.

For Brendan Burke, he was the backup to Mac Carruth during the Winterhawks’ run in 2013. The Winterhawks have rotated their tandem of Burke and Corbin Boes during the playoffs, with Burke the starter to begin the run until early in the Western Conference Championship. Boes then took over until Sunday’s Game 6, when Burke re-entered the net midway through the game, helping Portland claim the must-win game.

Catch the thrilling conclusion tonight on WHL Classics! Tune in for all the action beginning at 7 p.m. MT.

Portland Winterhawks scoring leaders (as of May 11, 2014)