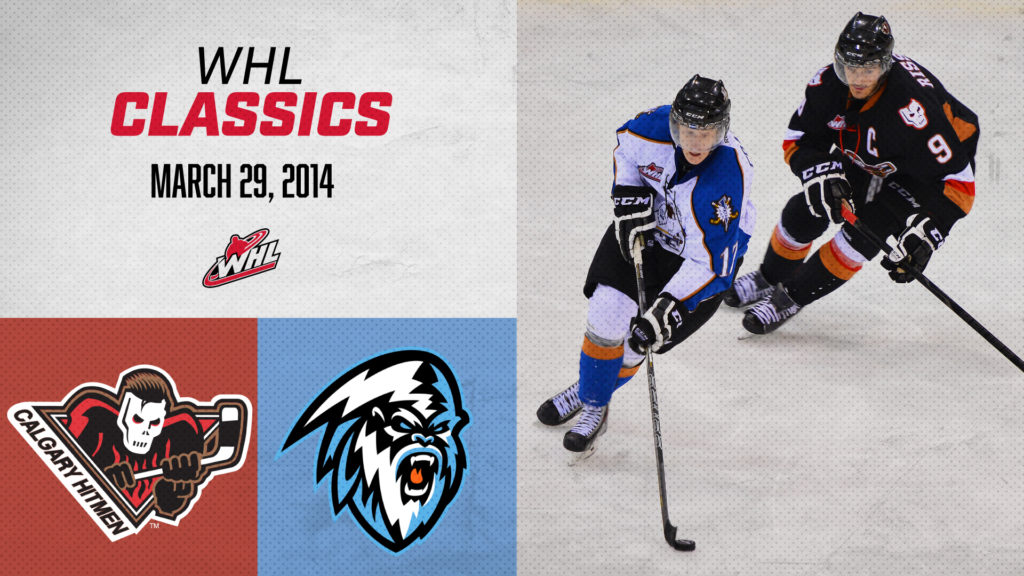 WHL Classics takes you to southeast British Columbia tonight as the Kootenay ICE prepare to host the Calgary Hitmen in Game 6 of the first round of the 2014 WHL Playoffs.

The two Clubs have produced another epic series in their rivalry with Game 6 and a potential Game 7 still on the horizon. The ICE could claim the series on home ice while the Hitmen will be eager to guarantee themselves another home game this season.

Greg Chase and Adam Tambellini have led Calgary’s scoring charge with eight points (4G-4A) each through the first five games and will be the Hitmen’s biggest threats to score. Chase has found the scoresheet in all five games of the series so far, including three points in the narrow Game 5 loss. He’s also scored in three-straight games. Tambellini has continued to showcase his skill after being a mid-season addition to their roster. He had a pair of goals in Game 5 and tallied three points in Game 2.

Countering for the ICE are a number of talents, led by the likes of Sam Reinhart and Jaedon Descheneau. Five-point performances in Game 3 and Game 5 has the captain leading his team statistically. Descheneau has impressed as well, sitting just a point behind Reinhart for the team scoring lead. A 44-goal performance during the regular season marked another strong campaign for the Edmonton, Alta. product. In a game that will be perceived as a must-win by the ICE, he’ll be looked upon to deliver offensively once again.

Between the pipes, it’ll be Chris Driedger for the Hitmen and Wyatt Hoflin for the ICE.

The puck drops at 7 p.m. MT right here at WHL.ca and on our YouTube page!