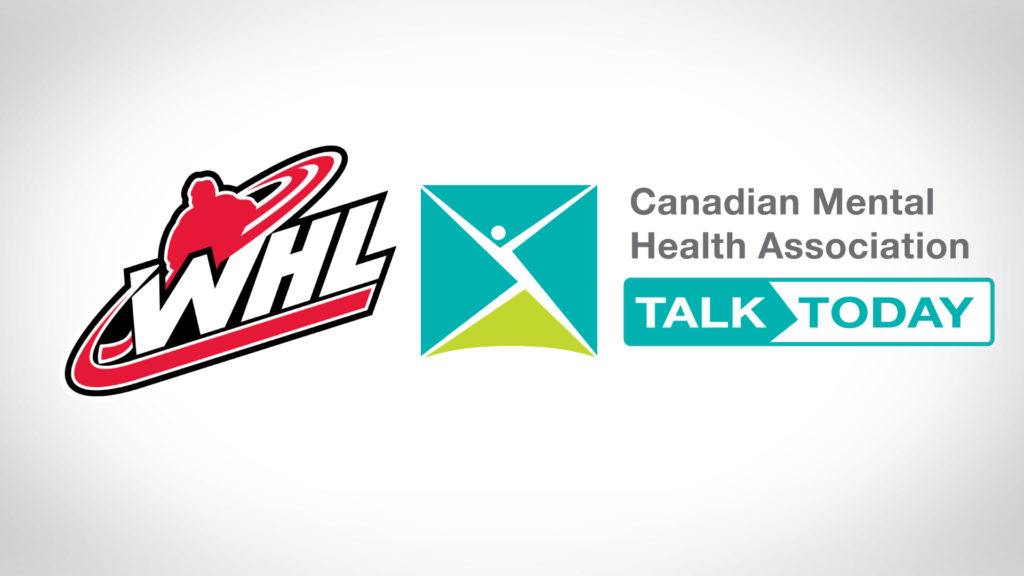 Starting tonight in Edmonton, all 22 WHL member Clubs will host individual Talk Today game nights in partnership with local chapters of the CMHA to promote the benefits of improved mental health within each community.

In a given year, one in five people in Canada experiences a mental health problem or illness. There are no limitations to those who may be affected. Only one in three people who experience a mental health problem or illness — and as few as one in four children or youth — report that they have sought and received services and treatment. Suicide, meanwhile, remains the second-leading cause of death of young people between the ages 10 and 24.

Committing to provide a high-quality WHL player experience, players within the league are provided with mental health support as part of the Talk Today program. Originally launched in 2014, the WHL and CMHA have also come together to raise awareness about suicide prevention as part of the program.

As part of the game-day experience, local branches of the CMHA will be present at each of the following games, setting up kiosks in the concourse designed to inform fans about mental health and the organization’s community-based services. Public service announcements will also be presented throughout the game during breaks in play.

A special ceremonial face-off will take place with the local CMHA branch as well. Check the below schedule to find a CMHA Talk Today game near you.