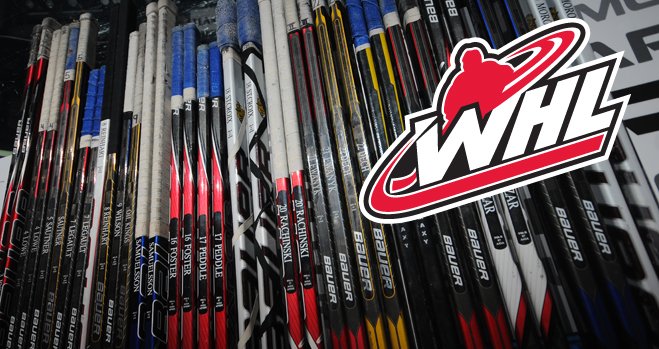 The WHL Scholarship recipients are enrolled as full-time students in 68 different post-secondary institutions throughout North America.

This season 183 of the 301 WHL Scholarship recipients are furthering their education while playing elite hockey in the Canadian Interuniversity Sport (CIS) Association.  In Western Canada 125 of these student athletes are playing in the Canada West University Conference, including Mount Royal University which joined the Canada West Conference for the 2012-13 season, and have combined their WHL Scholarship with additional financial assistance from their University to receive Western Canada’s Premier Hockey Scholarship.

“The WHL takes great pride in providing our graduate players with the most comprehensive hockey scholarship program available in North America today,” commented WHL Commissioner Ron Robison.  “The WHL Scholarship provides the flexibility for our graduate players to enroll in any University, College, Technical School or any other post-secondary career enhancing program of their choice.”

All players who play in the WHL are eligible to receive the WHL scholarship.  For every season a player plays in the WHL, they receive a full year guaranteed WHL Scholarship, including tuition, textbooks and compulsory fees, to a post-secondary institution of their choice.  In addition, over 100 current WHL players are receiving financial assistance to enroll in post-secondary classes while playing in the WHL.  The WHL and Athabasca University have partnered to offer, through online and other distance education vehicles, fully accredited university courses to any WHL player interested in further pursuing post-secondary studies while playing in the WHL.

The WHL continues to be the leading provider of Hockey Scholarships in Western Canada.  Since 1993, the Western Hockey League has awarded more than 4,600 Scholarships to graduate players, representing a contribution of more than $17 million.

The WHL Scholarship is considered to be the most attractive hockey scholarship due to the fact it is a fully guaranteed academic scholarship with no requirement to play university hockey to qualify, and the student athlete can apply the funding to any post-secondary program of his choice.

The WHL gratefully acknowledges the support of Husky Energy as an Associate Partner of the WHL Education Program.

The following is a listing of the 301 WHL graduate and players who have been awarded WHL scholarships for the 2012-2013 academic year and the post-secondary institutions they currently are attending;