WHL at the NHL Draft: A first-round history 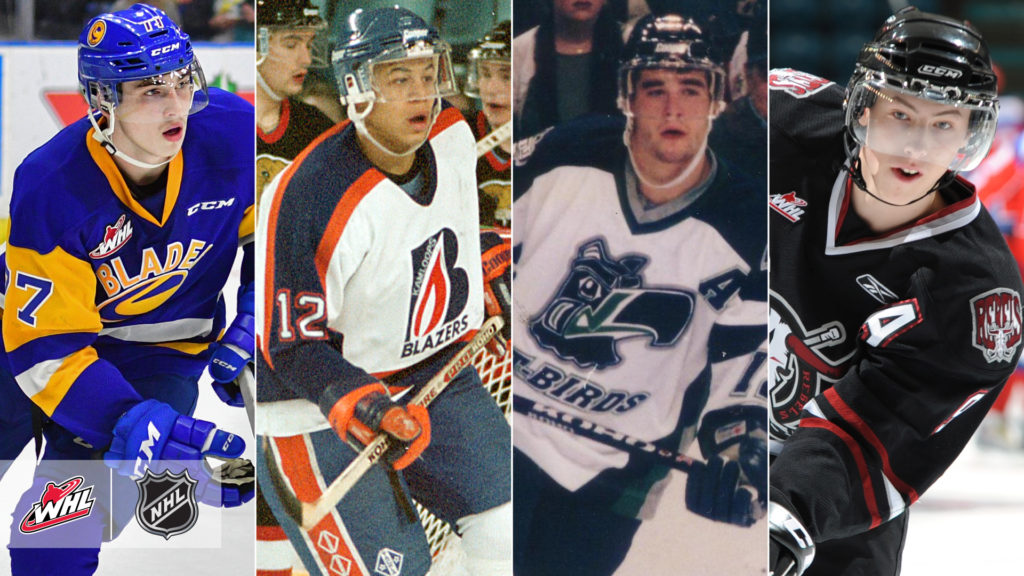 There’s a reason the Western Hockey League is widely regarded as the world’s finest development league for junior hockey players. Dating back to 1967, the WHL has produced 315 players selected in the first round of the NHL Draft.

It was the second time in three years that the WHL sent seven players to the podium in Round 1, with the 2017 NHL Draft producing another seven.

As the NHL becomes increasingly about speed and skill, it becomes a younger man’s game, resulting in opportunity for the best of the best coming out of the NHL Draft. Just look at the impact of Dach for the Chicago Blackhawks during the 2020 Stanley Cup Playoffs.

If you look further back in time, there’s no shortage of quality WHL Alumni to have seen the first round of the NHL Draft, and still plying their trade to this day. In fact, 1997’s second-overall selection Patrick Marleau – a former Seattle Thunderbird – is still going strong at the tender age of 41 with an incredible 1,723 NHL regular season games and 195 more in the post-season under his belt.

It’s quite simple to suggest the NHL Draft is a remarkable milestone in the young careers for so many and the WHL has produced countless players that have gone on to become household names after being beckoned. Hockey fans across the continent surely remember the names Lanny McDonald (fourth overall, 1973 – Toronto Maple Leafs), Grant Fuhr (eighth overall, 1981 – Edmonton Oilers), Jarome Iginla (11th overall, 1995 – Dallas Stars), and more.

Though the 2020 NHL Draft will be remember for its oddity – hosted online in a virtual setting because of the COVID-19 pandemic – that shouldn’t take away from the incredible accomplishment that it represents for these players and their families.

Of the 315 WHL players selected in the first round of the NHL Draft over the course of time, there have been eight chosen first overall, the most recent being Ryan Nugent-Hopkins of the Edmonton Oilers in 2011.

And course, we would be foolish not to mention the bevy of blueliners to blossom out of WHL barns ­­– with 2020 being no different. Fans have already enjoyed the likes of Ivan Provorov (seventh overall, 2015 – Philadelphia Flyers), Seth Jones (fourth overall, 2013 – Nashville Predators),  and Dion Phaneuf (ninth overall, 2003 – Calgary Flames). Top-ranked blueliners Kaiden Guhle (eight, NHL CSS) and Braden Schneider (ninth, NHL CSS) will surely add to that legendary list over time.

WHL Players Selected in the First Round of the NHL Draft (by year):