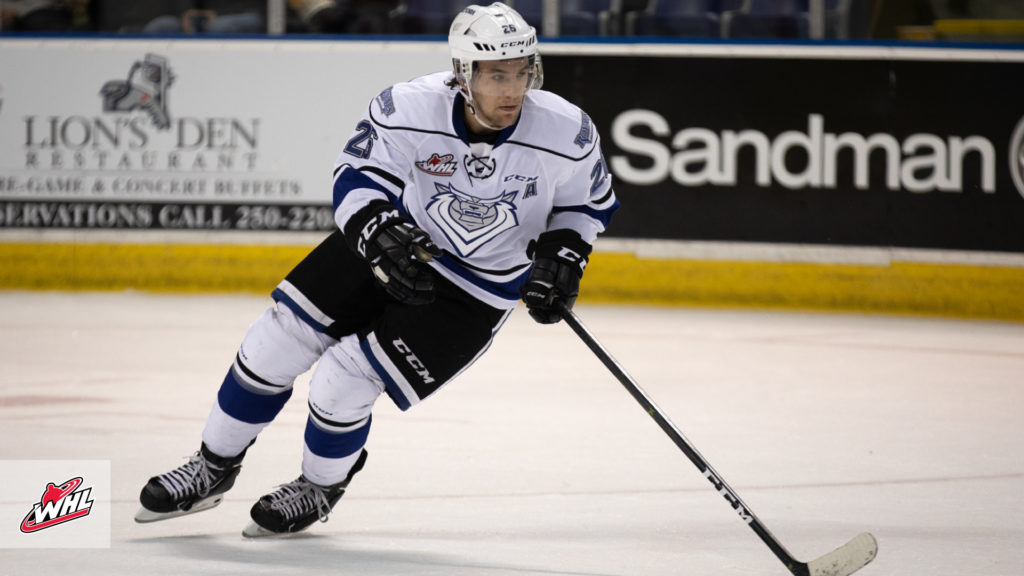 Calgary, Alta. –  The Western Hockey League announced today that Kody McDonald of the Victoria Royals has been suspended for six games for receiving a match penalty during a WHL Playoff game in Kamloops on Wednesday, March 27.

“The WHL takes incidents of this nature very seriously,” commented WHL Commissioner Ron Robison. “Actions of this kind are unacceptable to the WHL.”

McDonald was assessed a five-minute match penalty at the 7:58 mark of the third period of Victoria’s 6-3 loss at Kamloops on Wednesday, March 27, which was Game 4 of the best-of-seven first-round series between the Royals and Blazers.

McDonald has served two games of his suspension and will be eligible to return on Saturday, April 13 for Game 5, if necessary, of Victoria’s second-round series against the Vancouver Giants.