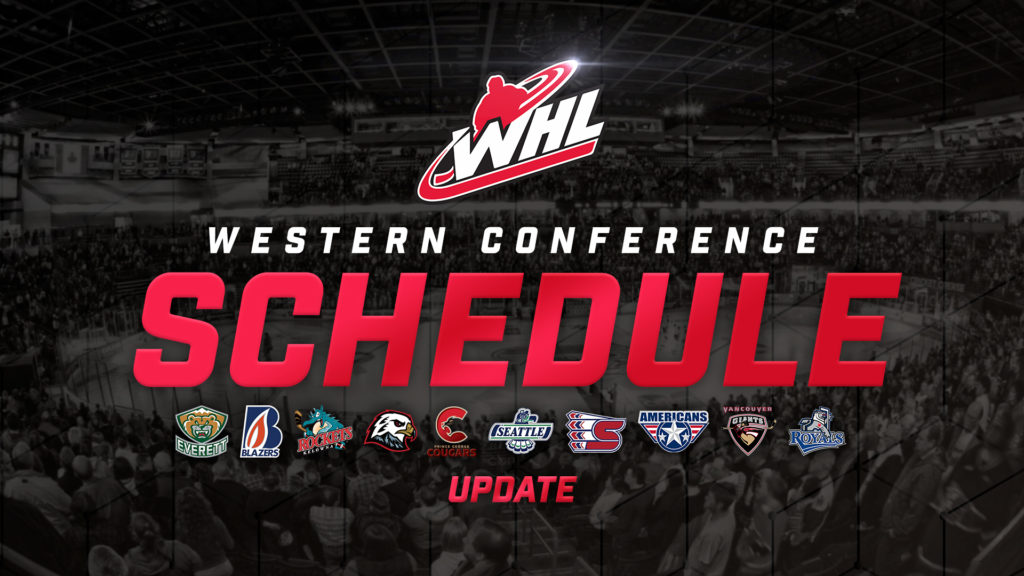 The WHL also announced today changes to the B.C Division Pre-Season schedule, as a result of recent changes to local health restrictions in the B.C. Interior Health region.

The following game has been added to the B.C. Division Pre-Season schedule:

The following two (2) games have been deleted from the B.C. Division Pre-Season schedule:

The WHL continues to work with government and public health authorities in each of the six provincial and state jurisdictions located in WHL territory to ensure the health and safety of WHL players, staff, and officials, as well as the communities in which the WHL operates.