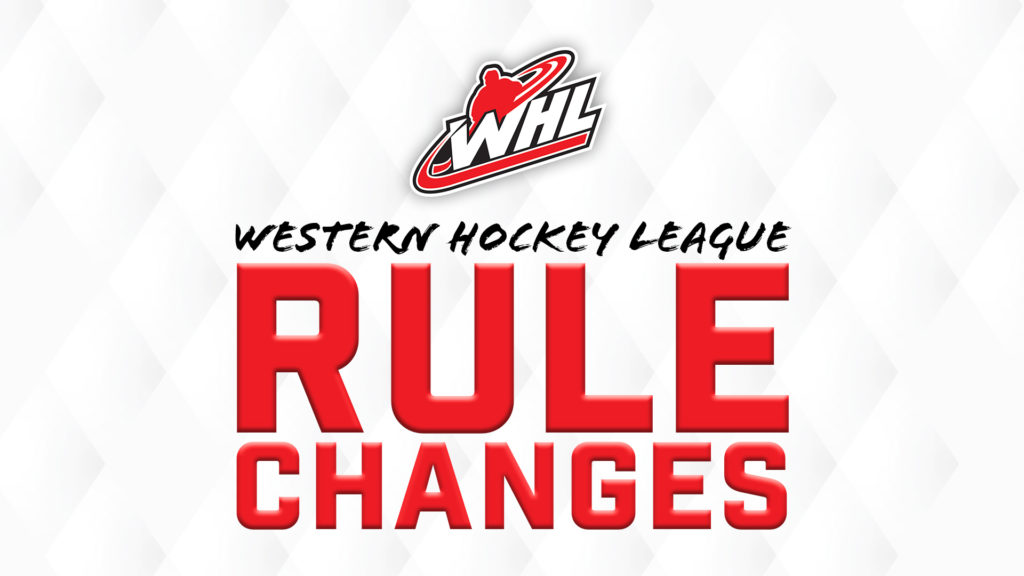 Calgary, Alta. –  The Western Hockey League announced today a series of rule changes for the 2021-22 WHL Regular Season. These rules will be implemented with the start of the 2021 WHL Pre-Season on Friday, September 10, unless otherwise stated.

The following rule changes are being implemented in the interest of enhancing player safety, enforcing speed of play, and ensuring scoring plays are ruled upon correctly. The rule changes outlined below were approved by WHL General Managers prior to the start of the 2021 WHL Pre-Season:

4) Helmets During a Fight

A misconduct shall be assessed to any player who intentionally undoes his chin strap prior to or during a fight.

A misconduct shall be assessed to any player who intentionally tries to pull or pry off the helmet of the opponent, successfully or unsuccessfully, prior to or during the fight.

The following two rules have been adopted for the 2021-22 WHL Regular Season but will not be used during the 2021 WHL Pre-Season as video goal judges are not utilized during the pre-season:

When a puck legitimately enters the net by continuous motion after a shot, but the goal was waved off as a result of a quick whistle by the referee after losing sight of the puck, this can be reviewed by the video goal judge. The decision is to be determined by the video goal judge, who after reviewing video replays and consultation with the referee, can either allow the goal or support the referee’s decision of no goal.

The following rule will be tested during all 2021 WHL Pre-Season games and reviewed  prior to being voted upon by WHL General Managers ahead of the 2021-22 WHL Regular Season:

7) No Line Change by Icing Team on any Icing

Please note: The WHL currently uses no line change on icings that occur behind the blue line only.

The 2021 WHL Pre-Season is scheduled to begin with three games on Friday, September 10 before concluding on Saturday, September 25.

The 2021-22 WHL Regular Season is scheduled to begin with eight games on Friday, October 1.