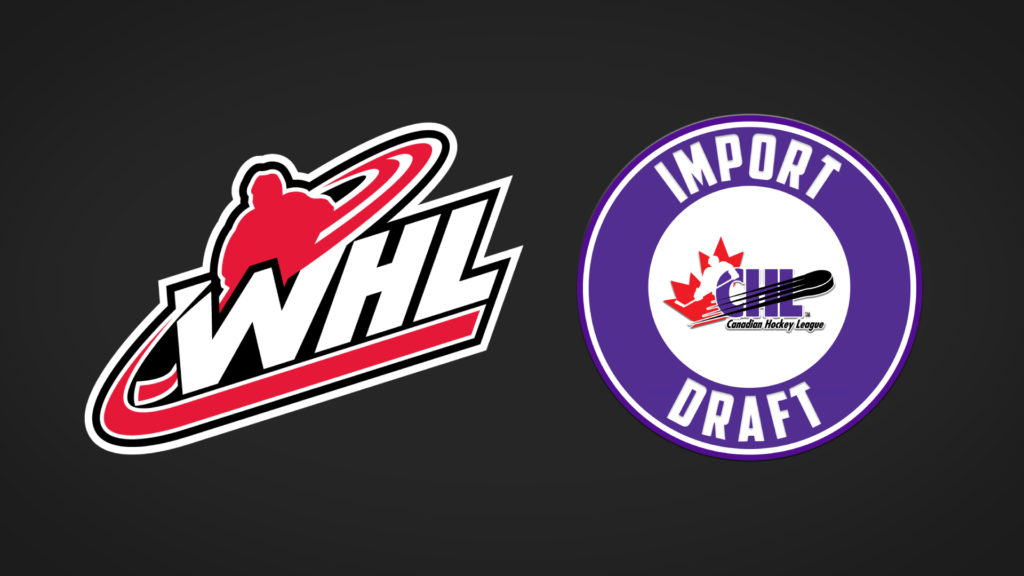 Due to the unique schedule of games during the 2020-21 WHL Regular Season, a lottery was conducted to determine the order of selection for WHL Clubs in the 2021 CHL Import Draft. All 22 WHL Clubs participated and had equal opportunity to win the lottery.

The two-round draft will take place online with the order of selection rotating through each of the CHL’s three leagues. The CHL Import Draft will follow a snake format. The Club designated to select first overall in the first round will then select last in the second round.

Each team in the CHL is permitted to dress and play a maximum of two import players each season who are selected annually through the CHL Import Draft process. The deadline for teams to submit their Import player protected list for the 2021-22 season is Monday, June 28 at 1 p.m. ET, which will then determine how many of the maximum 120 selections will be made in the 2021 CHL Import Draft.

The complete order of selection for the 2021 CHL Import Draft, including Clubs from the Ontario Hockey League and Quebec Major Junior Hockey League, will be released at a later date by the CHL.