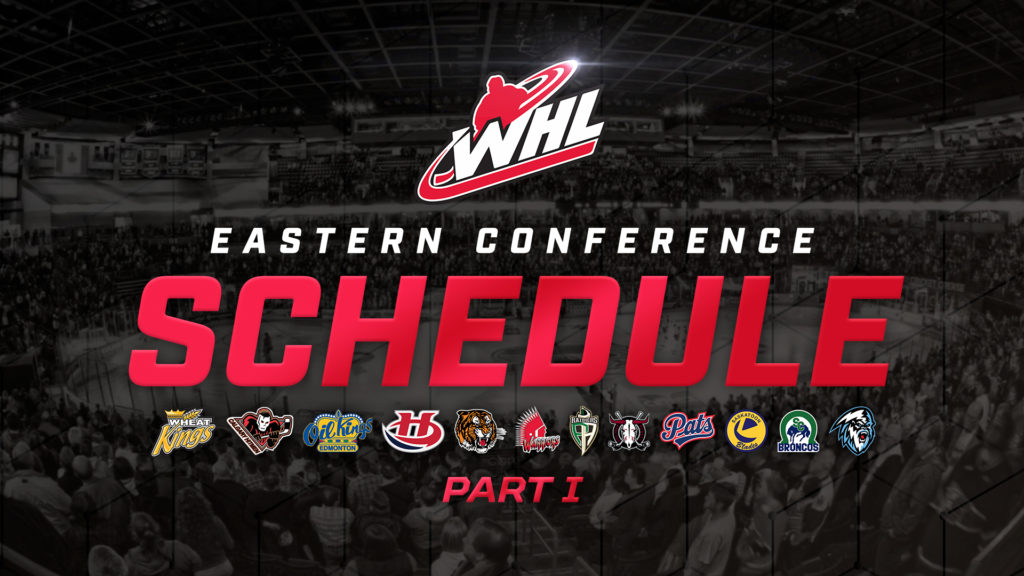 The annual Christmas break starts after games on Sunday, December 19, 2021 and continues until the first game after the holiday on Monday, December 27, 2021. The vast majority of the 2021-22 WHL Eastern Conference Regular Season will be played on Fridays, Saturdays, Sundays, and holidays.

CLICK HERE for all confirmed games on the 2021-22 WHL Regular Season schedule.

Part I of the 2021-22 WHL Eastern Conference Schedule announcement includes: