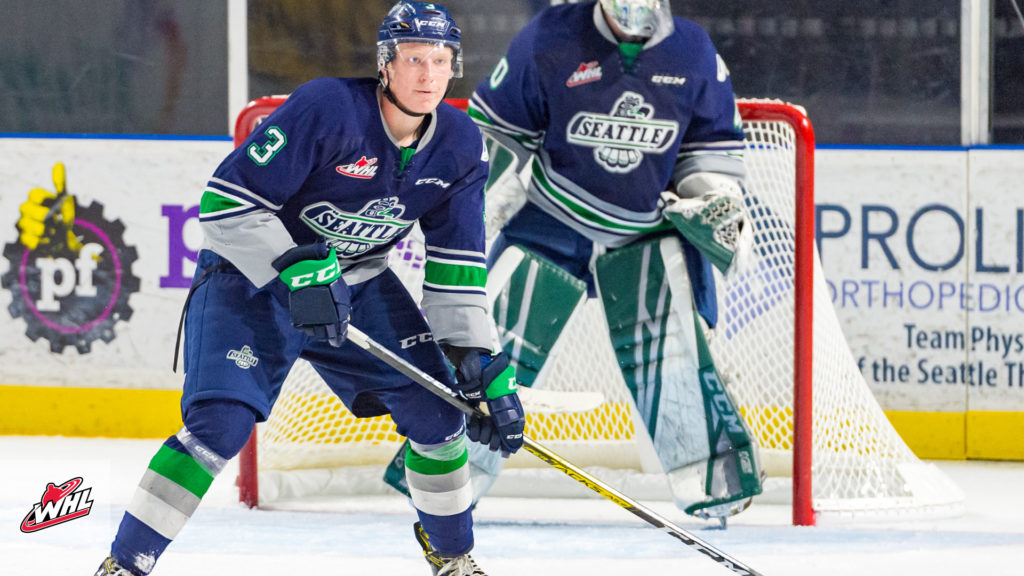 Calgary, Alta. –  The Western Hockey League announced today that Cade McNelly of the Seattle Thunderbirds has been suspended five games for a cross-check major and game misconduct he received during WHL Regular Season Game #287 in Spokane on Tuesday, December 3.

McNelly’s suspension will start Friday, December 6 when Seattle visits Victoria. McNelly will be eligible to return to the lineup for WHL Regular Season Game #344 on Sunday, December 15.

Though there was no injury to the opponent on the play, McNelly is a repeat offender, including being previously suspended for a cross-check major and game misconduct.