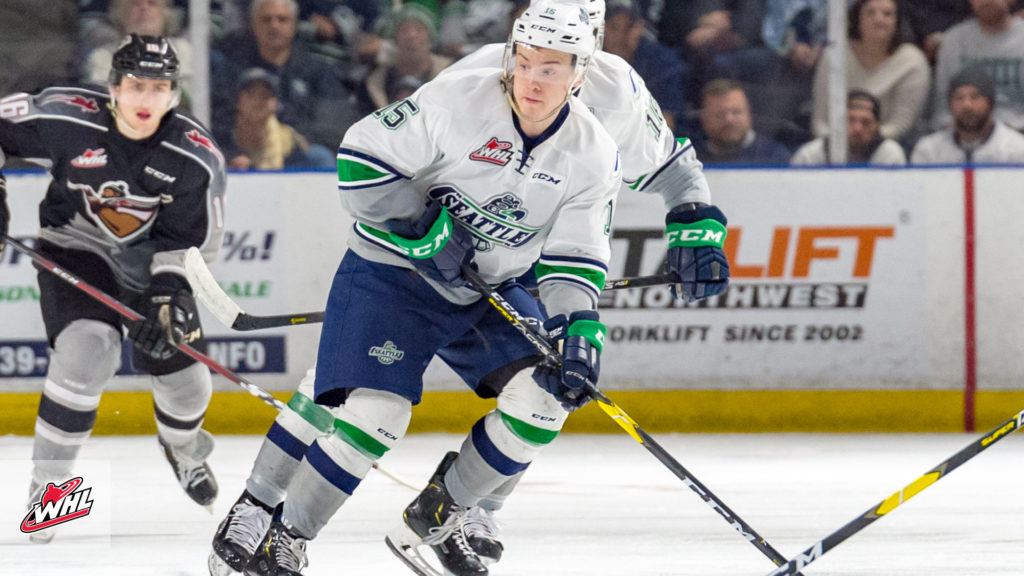 Calgary, Alta. –  The Western Hockey League announced today that Sean Richards of the Seattle Thunderbirds has been suspended for eight games for a checking-from-behind major penalty and game misconduct, he received during a WHL Playoff game in Seattle on Wednesday, March 27 versus Vancouver.

“Player safety is the first priority for the WHL at all times,” commented WHL Commissioner Ron Robison. “The WHL will continue to take a strong position in dealing with checking-from-behind penalties and players classified as repeat offenders.”

Richards was assessed a five-minute major penalty and a game misconduct for checking from behind at the 4:16 mark of the first period of Seattle’s 4-3 win versus Vancouver on Wednesday, March 27, which was Game 4 of the best-of-seven first-round series between the Thunderbirds and Giants.