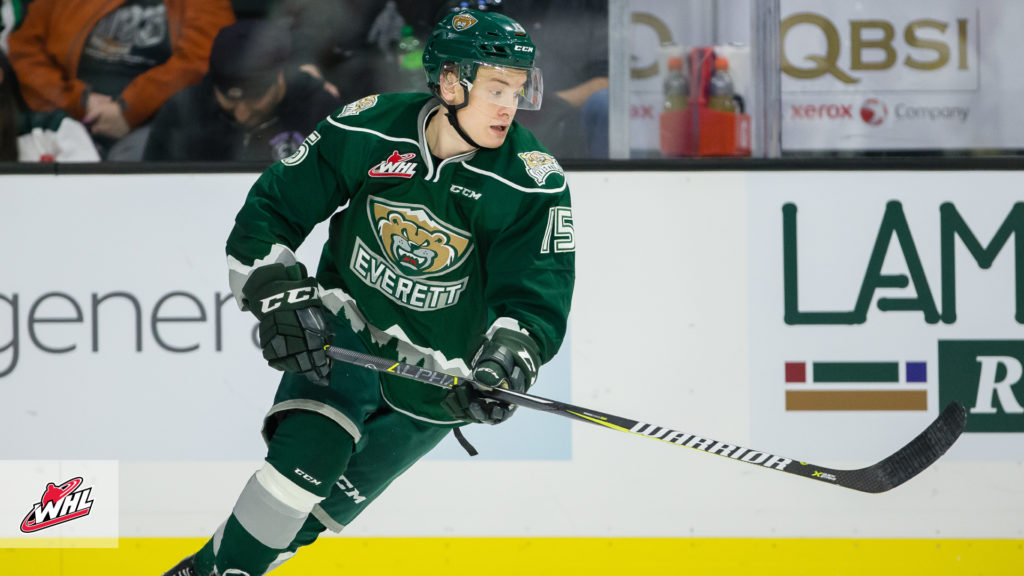 Calgary, Alta. –  The Western Hockey League announced today that Sean Richards of the Everett Silvertips has been suspended for eight games as a result of a boarding major and game misconduct incurred Saturday, December 8 at Seattle.

“On this particular play, the opponent was injured as a result of the hit,” commented WHL Director, Player Safety Kevin Acheson. “As well, and most importantly, this is the fifth suspension that Sean Richards has received in the last two seasons. The WHL policy of increasing suspensions for repeat offenders has been applied to this player.”

Richards served the first game of his suspension on Sunday, December 9 versus Spokane and will be eligible to return to the Silvertips lineup on Sunday, January 6 versus Kamloops.