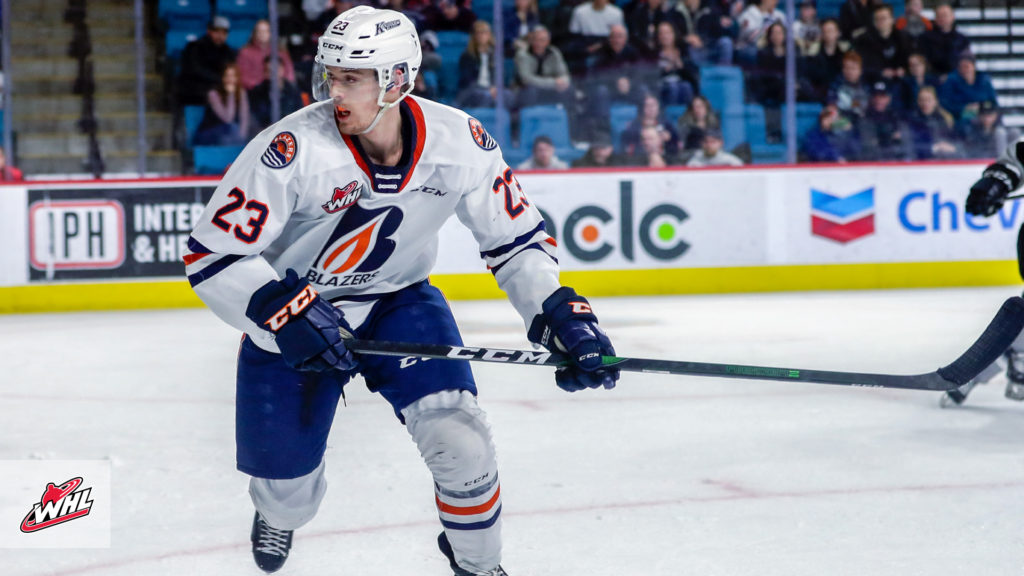 Calgary, Alta. –  The Western Hockey League announced today that Ryley Appelt of the Kamloops Blazers has been suspended eight games for a checking-from-behind major and game misconduct he received during WHL Regular Season Game #581 versus Victoria on Saturday, February 15.

Appelt served the first game of his suspension on Monday, February 17, when Kamloops hosted Victoria. Appelt will be eligible to return to the lineup for WHL Regular Season Game #691 on Tuesday, March 10.