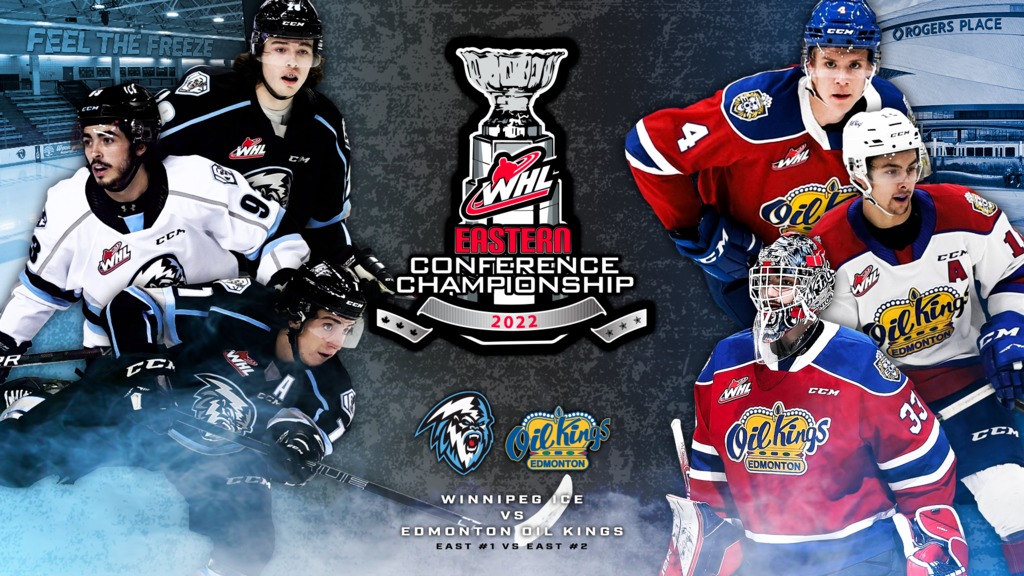 Calgary, Alta. – The Western Hockey League announced today the schedule for the. 2022 WHL Eastern Conference Championship Series between the Winnipeg ICE and Edmonton Oil Kings, beginning Friday, May 20 in Winnipeg.

The ICE advanced to the WHL Eastern Conference Championship series after defeating the Prince Albert Raiders in five games and the Moose Jaw Warriors in five games, while the Edmonton Oil Kings completed back-to-back series sweeps of the Lethbridge Hurricanes and Red Deer Rebels.

All listed game times are in local time.

Through WHL Live on CHL TV, fans can enjoy every single scheduled game throughout the 2022 WHL Eastern Conference Championship with the purchase of a Round Pass at the low price of $19.99 plus applicable taxes and fees.