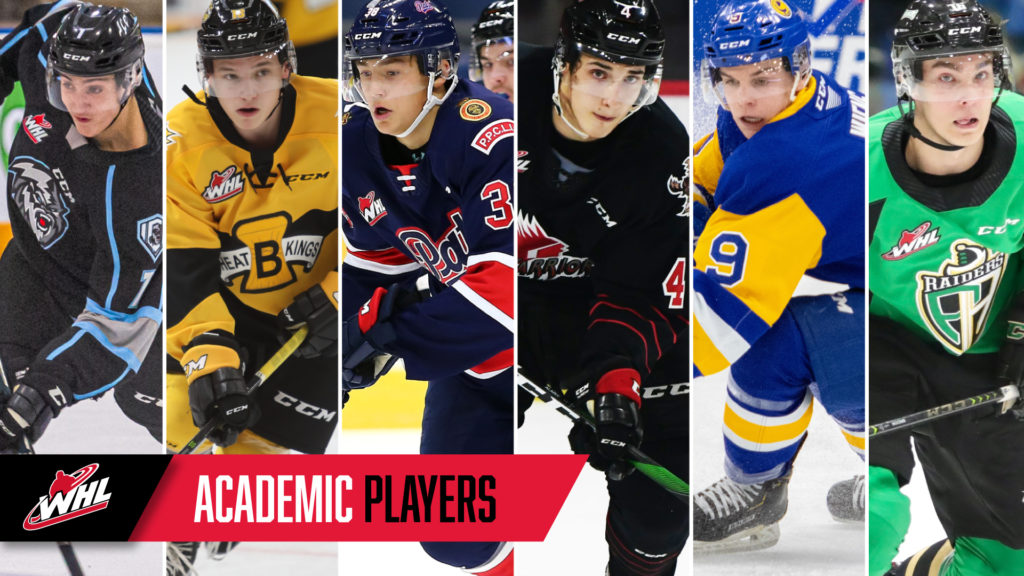 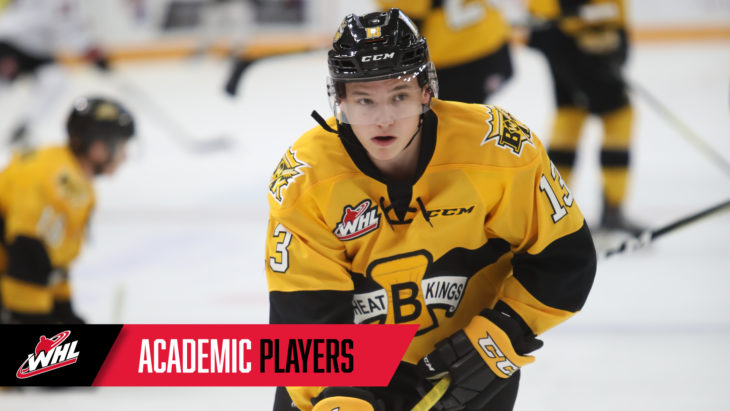 “Bode is a dedicated student and athlete,” said Wheat Kings academic advisor Glenda Zelmer. “His desire to do his very best on the ice and in his academic courses is rewarded with excellent grades. Bode rises to the challenge and works just as hard when the team is on the road, as when they are home.” 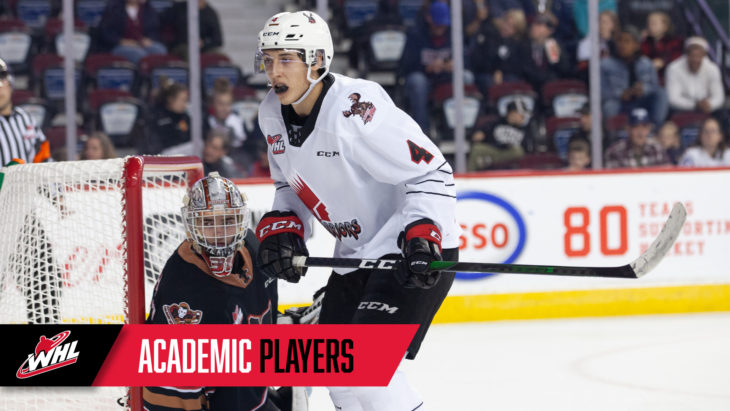 Eric Alarie, Moose Jaw Warriors: The Warrior rookie is enjoying a productive season on and off the ice. Academically, the 16-year-old product of Winnipeg, Man. is enrolled at Vanier Collegiate Institute and taking distance education courses in Physical Science, History, and Career Life Work through his home province of Manitoba.

“Eric is a committed Grade 11 student athlete who is enrolled in both Saskatchewan and Manitoba courses,” said Warriors academic advisor Rose Mary Hartney. “He is an independent self-starter who manages the expectations of both school and hockey.”

Alarie is also a productive member of a young Warriors team, recording 10 points (3G-7A) in 27 games this season after making his WHL debut during the 2018-19 WHL Regular Season. 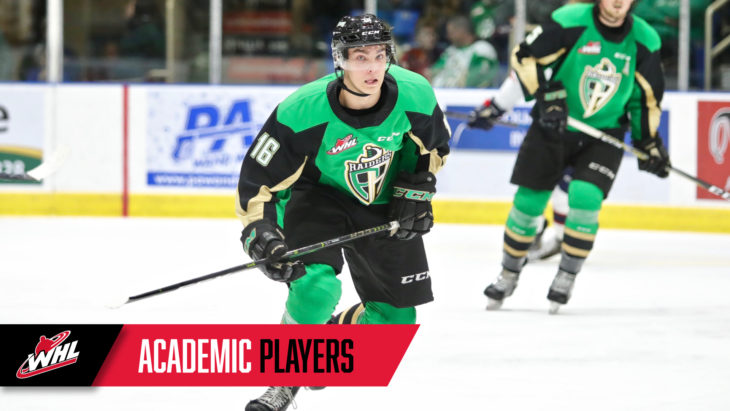 Jakob Brook, Prince Albert Raiders: The second-year forward on the defending WHL Champion Raiders is finding success in the classroom as well. A 17-year-old product of Roblin, Man., Brook is enrolled in Grade 12 at Carlton Comprehensive Public High School in Prince Albert and is taking Pre-Calculus, Physics, Biology, and Life Transitions.

“Jakob is conscientious student who is able to balance his academic and hockey commitments,” said Raiders academic advisor Geraldine Arpin. “His work ethic, maturity, and diligence to his class work make him an exemplary leader for those around him.”

The WHL Eastern Conference Scholastic Player of the Year in 2019, Brook is a ‘C’ rated prospect for the 2020 NHL Draft. He has nine points (3G-6A) in 27 games this season with the division-leading Raiders. 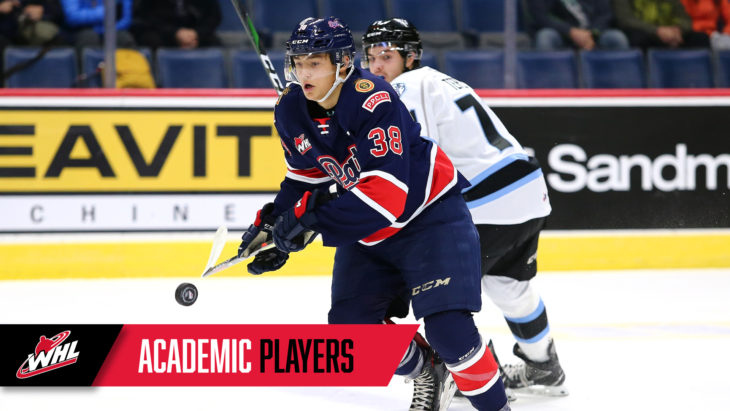 “Cale’s ability to balance his academic and hockey commitments is a direct result of his work ethic and determination. He is polite, responsible, honest, and a role model for others,” said Pats academic advisor Dwayne Hinger.

After recording 35 points (16G-19A) in 35 games with the Edge School Prep team in the Canadian Sport School Hockey League, Sanders has appeared in 13 WHL regular season games with Regina. 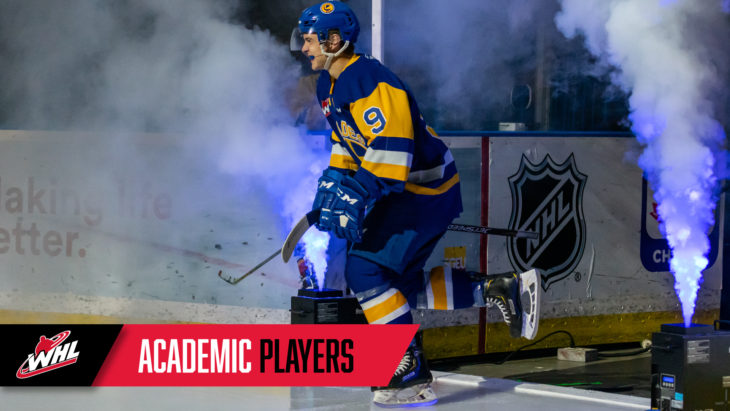 Jayden Wiens, Saskatoon Blades: The 16-year-old from Carrot River, Sask. is finding success in academics and the game of hockey. Enrolled at City Park Collegiate, the first-year Blades forward is taking courses in Math, Psychology, and the English Language Arts.

“He is hard working and very motivated to do well in his studies,” said Blades academic advisor Kim Grant. “He is managing three courses well in his first year in the WHL.”

Through 31 games with the Blades in the 2019-20 WHL Regular Season, Wiens has managed six points (5G-1A), including one game-winning goal. 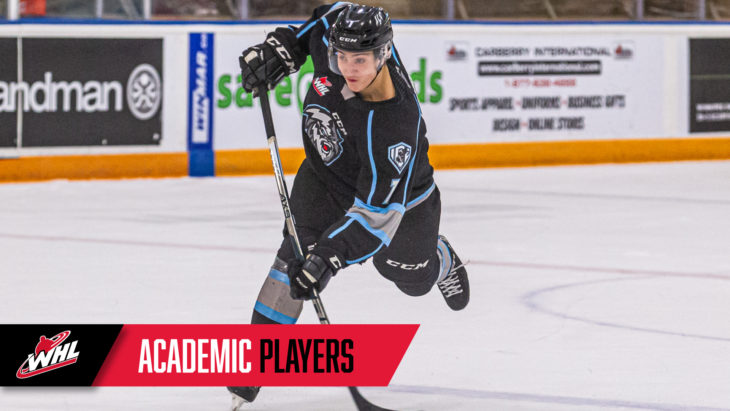 Carson Lambos, Winnipeg ICE: In his rookie season with the ICE, the 16-year-old Lambos is enrolled at Shaftesbury High School in his hometown of Winnipeg, Man. Lambos is excelling in Physics, Chemistry, and Canadian History.

“Carson continues to impress his teachers with his ability to maintain high grades in his courses, as well as being a productive member of the ICE,” said ICE academic advisor Sherryann Clark. “Carson has become a respected leader to his peers.”

The second-overall selection from the 2018 WHL Bantam Draft made his WHL debut during the 2018-19 WHL Regular Season, scoring the first goal of his career in his first game. His 13 points (5G-8A) rank second on the ICE in defensive scoring.