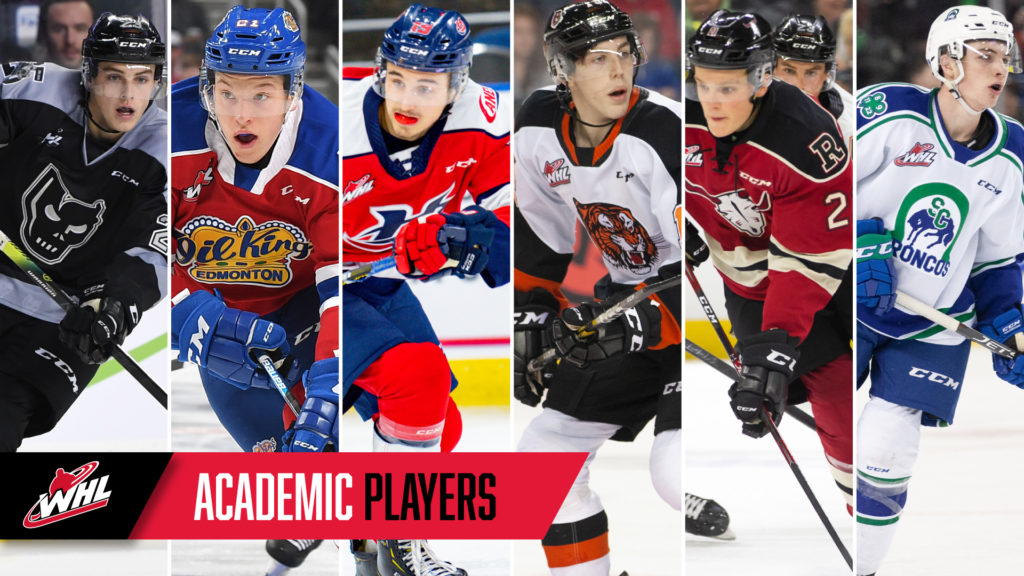 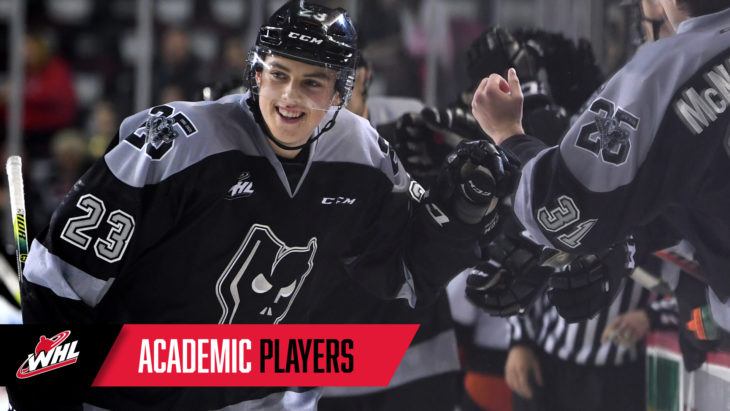 Adam Kydd, Calgary Hitmen: Rookie forward Adam Kydd, a 17-year-old product of Regina, Sask., is taking his learning to new heights at the Edge School. Succeeding academically in English and Calculus, Kydd has become involved with his local community as well.

“Kydd has served his community by contributing to the Ever Active Resiliency Summit,” said Hitmen Academic Advisor Bernie Bajnok. “He has shown academic leadership in the classroom and in the sporting world, serving as an Equipment Fitter for Super Heroes Equipment Fit as well as taking on a role with the Hockey Calgary Leadership day.”

Kydd represented the Hitmen in his hometown at the 2019 WHL Prairie Classic, helping his Hitmen earn an overtime victory in the third-ever outdoor game in WHL history. Through 33 games this season, Kydd has recorded 10 points (5G-5A). 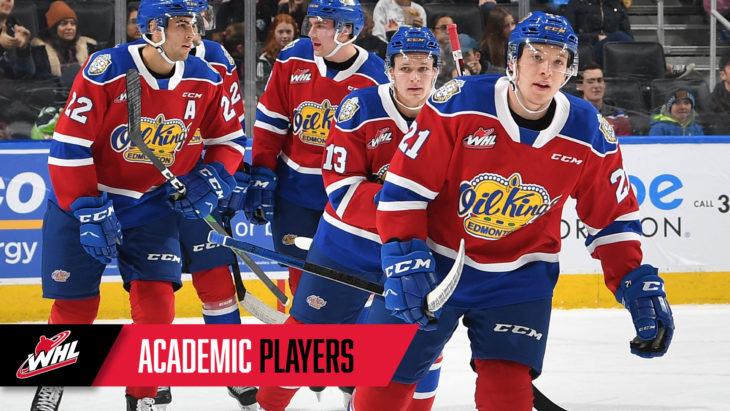 “While playing a leading role on the ice, Jake is still committed to his academic pursuits,” said Oil Kings Academic Advisor Sharon Sereda. “He is setting a strong educational example for other players with the Oil Kings.”

With the league-leading Oil Kings, Neighbours ranks second in team scoring with 46 points (15G-31A) through 44 games this season, also tying him for 17th in league scoring. Neighbours has also garnered considerable interest for the 2020 NHL Draft and was recently ranked 30th among North American skaters by NHL Central Scouting on their midterm rankings. 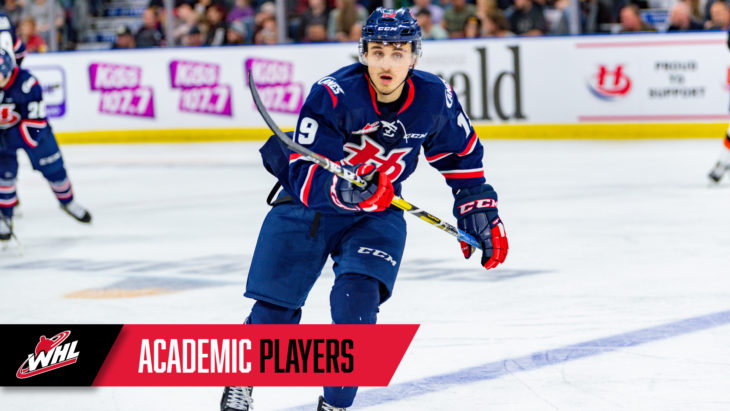 Noah Boyko, Lethbridge Hurricanes: The second-year forward is a product of Fort Saskatchewan, Alta. and is focused on his academic achievements while enrolled at Chinook High School. Taking courses in English, Social Studies, Special Projects, and Work Experience, Boyko is balancing his responsibilities in the classroom and with his teammates on the ice.

“From his first days as a rookie, Noah has worked very hard under minimal supervision to maintain a top honours average,” said Hurricanes Academic Advisor Jim Stewart. “Not only has he achieved top grades, but he has modelled excellent academic and personal conduct in the school and with his teammates.”

Boyko has already established career-high totals in all three major offensive categories this season, posting 25 points (10G-15A) in 42 games. He has also earned recognition by NHL Central Scouting on their midterm rankings for the 2020 NHL Draft, where he was ranked 180th among North American skaters. 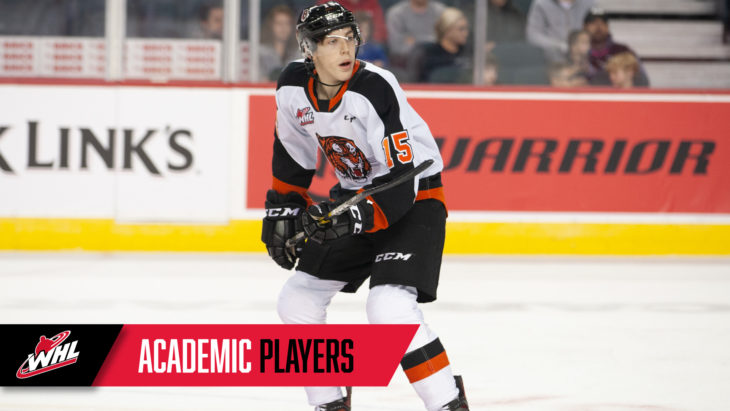 Dru Krebs, Medicine Hat Tigers: Rookie defenceman Dru Krebs, a product of Okotoks, Alta., is enrolled at Medicine Hat High School to continue his pursuit of his educational goals. Taking courses in Math and Chemistry, Krebs is setting a strong example in the classroom for his teammates.

“For Dru his schooling is very important to him and it shows in the dedication he puts into it,” said Tigers Academic Advisor Gary McDougall. “With our weekly study hall sessions he is very focused on the task at hand, and uses these sessions from start to finish achieving his academic goals.”

The youngest of the three Krebs brothers currently playing in the WHL, Dru has recorded 11 points (3G-8A) in 37 games this season. 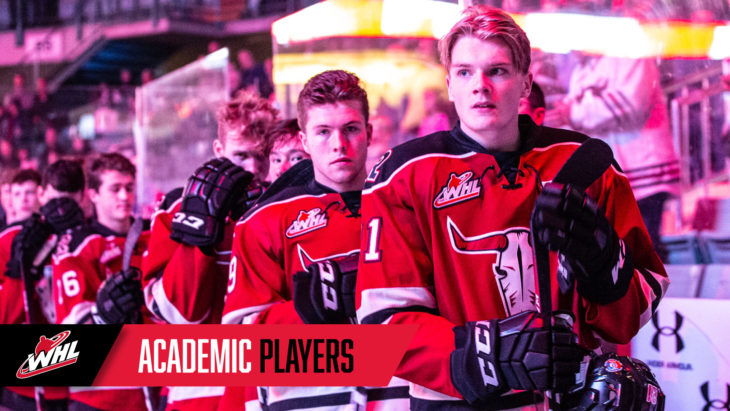 Dallon Melin, Red Deer Rebels: Forward Dallon Melin is a product of Czar, Alta. and has taken on a larger role with the team’s on-ice performance while also keeping up with his academic responsibilities. Enrolled in online courses through St. Gabriel Online School, the 17-year-old Melin recently completed his first semester of Grade 12, earning top marks in Biology and English.

“With his positive, pleasant, and hard-working attitude, he is a great example of a dedicated hockey player both on the ice and in school,” said Rebels Academic Advisor Teresa Jaeger. “He is a conscientious student who, along with managing a hectic game and training schedule, maintains a focus and commitment to academic excellence.”

On a young Rebels team, Melin is contributing more in his second season. The forward has posted 11 points (5G-6A), including a game-winning goal, in 41 games this season. 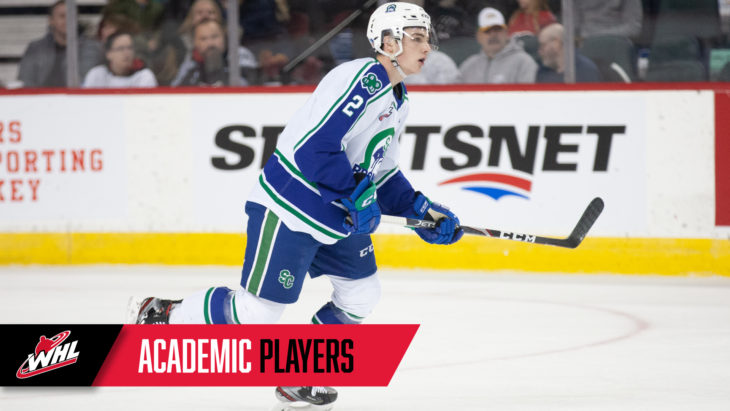 “Hendrik is a mature and dedicated student with a strong work ethic, which is helping him balance the expectations of completing a heavy course load and playing hockey at this level,” said Broncos Academic Advisor Tracey Martin.

Acquired by his hometown Broncos in August 2019, De Klerk has played a key role on the team’s blue line this season. In 38 games, he has tallied 12 points (2G-10A), including one game-winning goal.