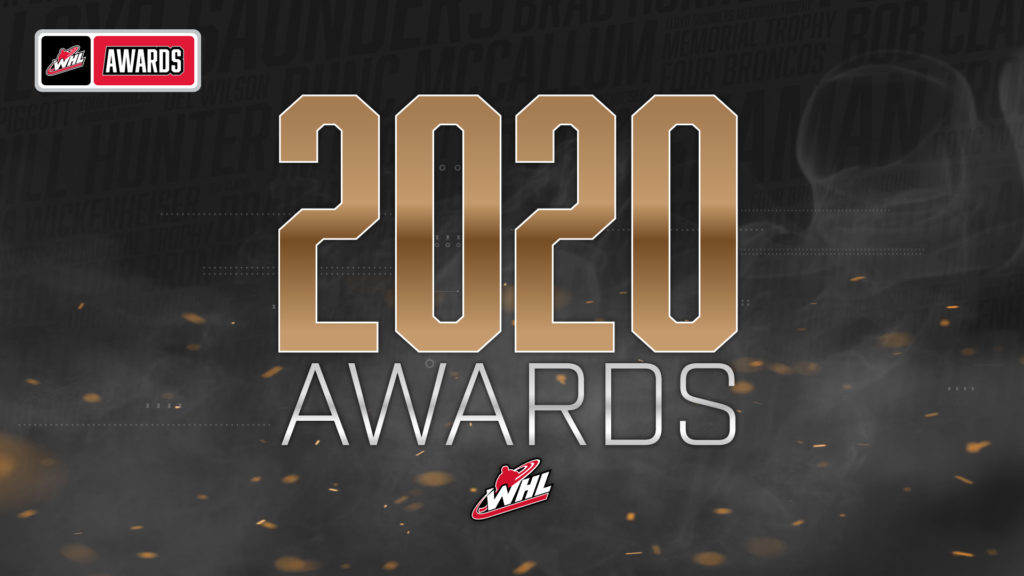 Calgary, Alta. – The Western Hockey League announced today the complete 2020 WHL Awards class for the WHL’s 2019-20 season. The 2020 WHL Awards were announced digitally from May 4 through May 21, recognizing the top performances from the 2019-20 WHL Regular Season.

“Each year at this time, the WHL comes together to celebrate the extraordinary accomplishments of our players, coaches, officials, and executives. Even though we are not in a position to honour our WHL Award winners in person, we want each of you to know that we extend our sincerest congratulations on your amazing achievements this season,” commented WHL Commissioner Ron Robison.

“We would also like to extend our sincere thanks to the parents and family members who, without your support and commitment over the years, these accomplishments would not have been possible. Also, many thanks to our trophy honourees and corporate partners for their continued support of our WHL Awards.”

Visit WHL.ca for complete coverage of the 2020 WHL Awards.