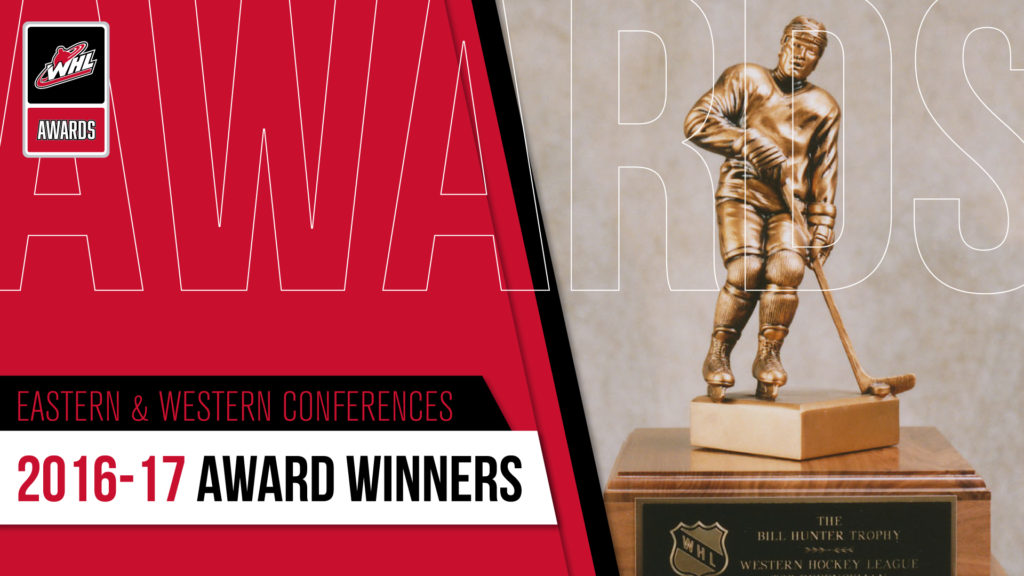 All individual conference award winners will be eligible for League awards at the 2017 WHL Awards in Calgary, AB on Wednesday, May 3rd.

The following individual and team awards were won during the 2016-17 WHL regular season:

Conference award winners for the WHL’s Scholastic Player of the Year, Humanitarian of the Year, Top Official and Business Award will be announced at a later date.