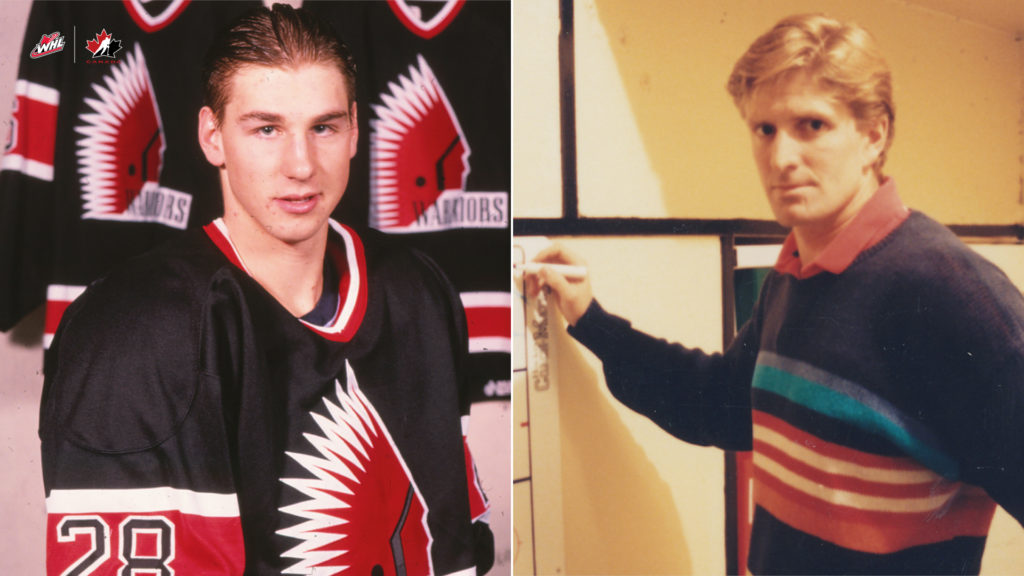 A pair of Western Hockey League Alumni will soon be given Canada’s highest hockey honour.

Mike Babcock and Ryan Smyth were announced as two of the three 2018 Distinguished Honourees of the Order of Hockey in Canada – an Hockey Canada initiative that began in 2012 to celebrate individuals for their outstanding contributions or service to the growth and development of the sport of hockey in Canada.

His time in the WHL also helped kickstart a legendary coaching career. Babcock served as the bench boss for the Moose Jaw Warriors and Spokane Chiefs between the 1991-92 and 1999-00 seasons. His 284 wins as a head coach in the WHL rank 29th all-time.

Babcock won the Stanley Cup with the Detroit Red Wings in the 2007-08 season and now serves as the head coach of the Toronto Maple Leafs. His 620 NHL victories rank 14th all-time.

Smyth, took a path through the WHL on his way to a 1270-game NHL career, most notably with the Edmonton Oilers. Drafted by the Moose Jaw Warriors in the second round, 21st overall, of the 1991 WHL Bantam Draft, Smyth would go on to play the entirety of his 188 WHL regular season games with the WHL club, recording 224 points (110G-114A).

“As players and coaches, this group has led the way on and off the ice, teaching and inspiring Canadian players at all levels of the game,” said Tom Renney, chief executive officer of Hockey Canada . “To be selected as a Distinguished Honouree of the Order of Hockey in Canada is one of the most prestigious accomplishments one can receive in hockey in Canada, and this year’s honourees are well-deserving of the recognition. On behalf of my colleagues at Hockey Canada, the Order of Hockey in Canada selection committee, as well as our board members, I would like to congratulate Danielle, Mike, and Ryan, and we look forward to celebrating them in London on June 18.”

Learn more about the accomplishments and contributions of a 2018 Distinguished Honouree of the Order of Hockey in Canada: Mike Babcock (Saskatoon, Sask.) https://t.co/V3ZaHfWlcj pic.twitter.com/Fo1Bvgshaw

Learn more about the accomplishments and contributions of a 2018 Distinguished Honouree of the Order of Hockey in Canada: Ryan Smyth (Banff, Alta.)https://t.co/Slt17xiRTj pic.twitter.com/WGh9yTDBpz

Congratulations to Warriors Hall of Famer Ryan Smyth and former Head Coach Mike Babcock on receiving the Order of Hockey in Canada https://t.co/luVCJowRon