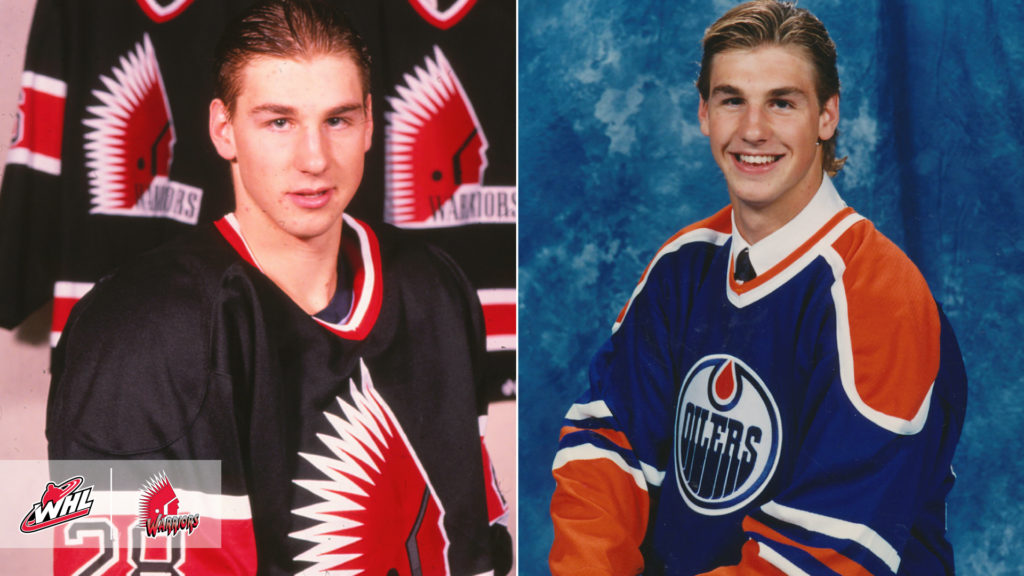 Former Moose Jaw Warriors forward Ryan Smyth has been named as the final inductee to the International Ice Hockey’s Hall of Fame’s Class of 2020.

Affectionately known as ‘Captain Canada’, Smyth’s exploits with Hockey Canada began during his time in the WHL, winning a gold medal at the 1995 IIHF World Junior Championship with Canada.

Keeping his talents in Western Canada, the Edmonton Oilers chose Smyth sixth overall at the 1994 NHL Draft. He’d go on to become an icon for the team, playing 971 of his 1,270 NHL regular season games with the team from Alberta’s capital. During the course of his NHL career, Smyth accumulated 842 points (386G-456A). With 631 of those points coming with the Oilers, he currently ranks sixth all-time in franchise scoring with the team.

During his NHL career, Smyth also suited up for the New York Islanders, Colorado Avalanche, and Los Angeles Kings, before eventually returning to the Oilers and retiring in 2014. He attended the NHL All-Star Game in 2007.

Internationally, Smyth led Canada on numerous occasions, captaining their entry at the IIHF World Championship six times. He won gold at the tournament in 2003 and 2004, also earning a silver medal in 2005.

He was a member of Canada’s team that won gold at the 2002 Olympic Winter Games in Salt Lake City and won another gold medal two years later at the World Cup of Hockey. His most recent chance to represent Canada came at the 2012 Spengler Cup, where he captured gold with Canada.

Smyth and the other members of the Class of 2020 will be honoured in Zurich, Switzerland on May 24, 2020, the final day of the 2020 IIHF Ice Hockey World Championship.

Congratulations to 'Captain Canada' on earning a well-deserved place in the @IIHFHockey Hall of Fame! 🇨🇦

The last member to be named to the IIHF Hall of Fame 2020 Induction Class is “Captain Canada” himself: Ryan Smyth! Congratulations to all the inductees, see you this May at the Induction Ceremony in Zurich! Full list of inductees here: https://t.co/lzP9Gz9gUi @HockeyCanada pic.twitter.com/gnsTl4zKN3