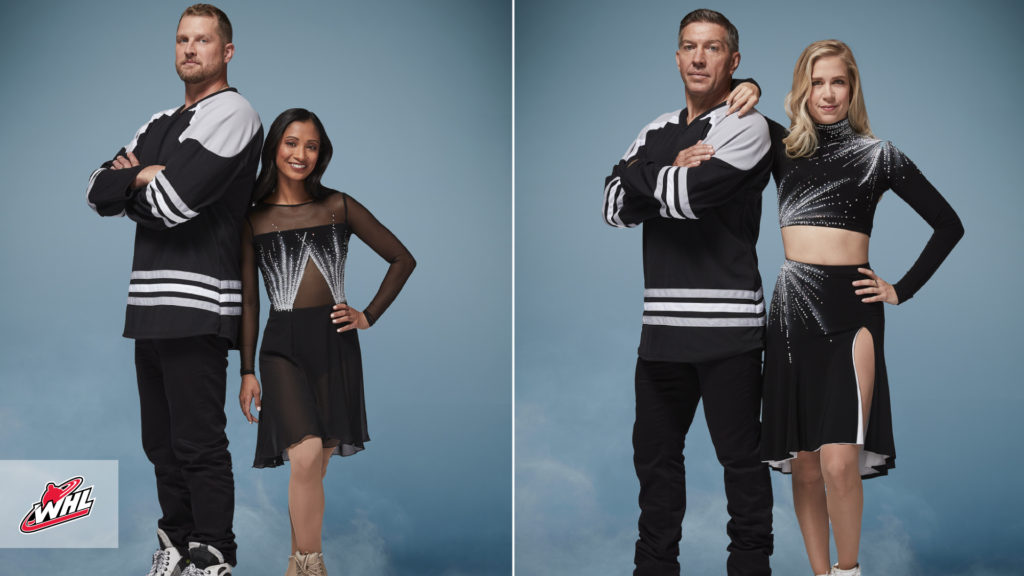 A pair of Western Hockey League alumni are about to strap on their skates and hit the ice once again.

This time however, they’ll be ditching the sticks and puck in favour of twist lifts, spin combinations, step sequences as they compete in the world of figure skating.

Sheldon Kennedy and Colton Orr will take to the ice beginning Thursday, September 19 on the fifth season of CBC’s Battle of the Blades, a televised competition that pairs up talents from Canada’s two popular skating sports in support of charities throughout Canada.

A product of Brandon, Man., Kennedy played four seasons in the WHL, mainly for the Broncos. During his time in the WHL, he recorded 287 points (134G-153A) and captained the Broncos to the 1989 Memorial Cup. Internationally, Kennedy helped Canada win gold at the 1988 IIHF World Junior Championship.

Selected by the Detroit Red Wings in the fourth round, 80th overall, of the 1988 NHL Draft, Kennedy would play 310 NHL games in his career, posting 107 points (49G-58A). Kennedy suited up with the Red Wings, Calgary Flames, and Boston Bruins over the course of his career.

Orr appeared in 164 WHL regular season games for his career, posting 28 points (19G-9A). The Winnipeg, Man. product played for the Broncos, Kamloops Blazers, and Regina Pats over five seasons in the WHL.

For the competition, Orr will be paired with Amanda Evora, who won the competition in Season Four. The American pairs skater represented her country at the 2010 Winter Olympic Games in Vancouver, B.C., placing 10th.

While making a foray into a new sport, the teams are also competing for a chance to do some good for those around them. The winning team represent either one of two charities, with the winning team receiving a $100,000 donation for that charity or charities.

Kennedy and Weaver are competing in support of Canadian Tire Jumpstart Charities, a national charity dedicated to helping kids overcome financial and accessibility barriers to sport and recreation in an effort to provide inclusive play for kids of all abilities.

Orr is competing in support of the Smilezone Foundation, which strives to improve the lives of children receiving medical treatment at health care facilities across Canada.

We put these Newly Blades pairs to the test to see how much they know about each other.

Get tickets to see these pairs in action at the #BOTB live tapings: https://t.co/Lop9N8Htpc pic.twitter.com/Y656ClEtEr