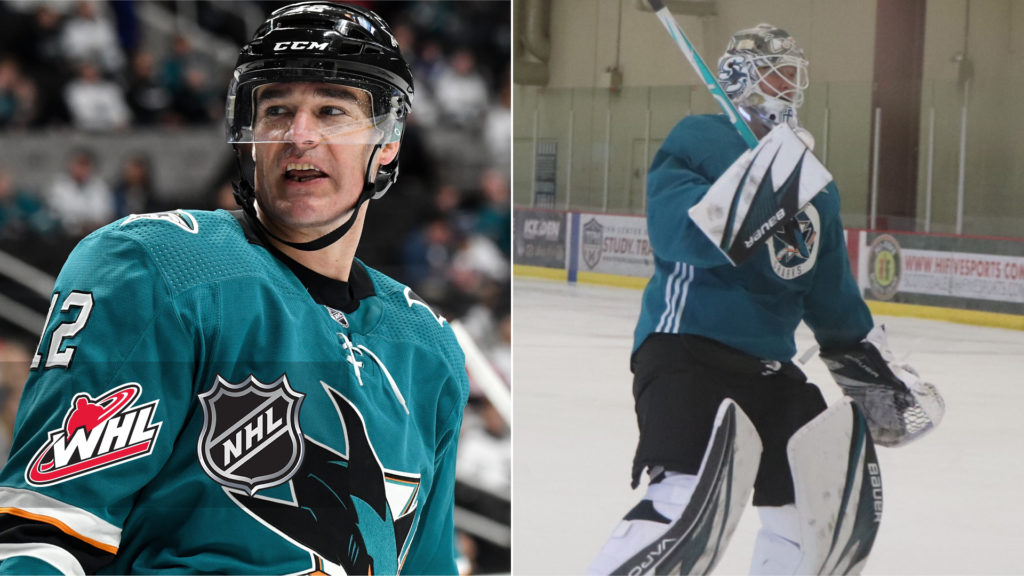 Marleau made his return to the Sharks last year after two seasons with the Toronto Maple Leafs. The 41-year-old has made quite the impact since being drafted second overall from the Seattle Thunderbirds. Playing in 1,727 games in the NHL – one of only five players to play in 1,700 games – Marleau was the 84th player in league history to hit the 1,000-point club and is 11 points away from reaching 1,200. The Sharks all-time team leader in goals and points has had his fair share of accomplishments through his 23-year career. Marleau won two gold medals with Team Canada in the Olympics, along with two nominations for Lady Byng Memorial Trophy as the NHL’s most sportsmanlike player, three all-star game appearances, and capturing two gold and one silver at the World Championships. The one major award Marleau has left to place on his shelf is the Stanley Cup. Though the Sharks struggled to make the playoffs in 2019-20, Marleau is hoping that will change with the acquisition of fellow WHL Alumni Devan Dubnyk.

The former 14th overall draft pick in 2004 has established himself as an elite goaltender in the NHL. Dubnyk started his career in Edmonton as a backup to Nikolai Khabibulin and played 30 games, putting up an impressive .916 save percentage (SV%). Throughout the next 10 seasons Dubnyk joined four other teams – the Nashville Predators, Montreal Canadiens, Arizona Coyotes, and the Minnesota Wild. Dubnyk played 328 games with Minnesota, being named to three NHL All-Star games, and winning the Bill Masterton Trophy for exemplifying perseverance, sportsmanship, and dedication to ice hockey (2014-15). After a down year in 2019-20, Dubnyk was traded to the San Jose Sharks in efforts to build a goaltending tandem along with former Calgary Hitmen netminder Martin Jones.

Marleau was drafted sixth overall by the Seattle Thunderbirds in the 1994 WHL Draft. In two seasons with the Club, he produced 199 points averaging 1.39 points per game. His best season was in 1996-97 where he placed third in scoring with 125 points. Marleau finished second in Player of the Year voting, losing to Peter Schaefer of the Brandon Wheat Kings.

Scoring 23 points in the 1997 WHL Playoffs, Marleau led the Thunderbirds to the WHL Championship series, only to fall to the heavy offense of the Lethbridge Hurricanes. Marleau was named to the CHL Second All-Star Team as well as the WHL First All-Star Team.

Dubnyk played four seasons with the Kamloops Blazers, playing 192 games while holding 2.69 goals-against average along with a .912 save percentage.  In 2004 he was named WHL and CHL Scholastic Player of the Year and took part in Canada’s U18 World Championship. Dubnyk joined Team Canada for the 2006 World Juniors, capturing gold. From the WHL, he went on to climb the ranks through the ECHL, where he was named an all-star in 2007, then went play three seasons with the Springfield Falcons of the American Hockey League before getting his shot with the Oilers.

Marleau, Dubnyk and the San Jose Sharks are 3-5-0 to start the season. They will look to improve upon that record this weekend when they face the Anaheim Ducks in back-to-back games on Friday (7 p.m. PT) and Saturday (7 p.m. PT).