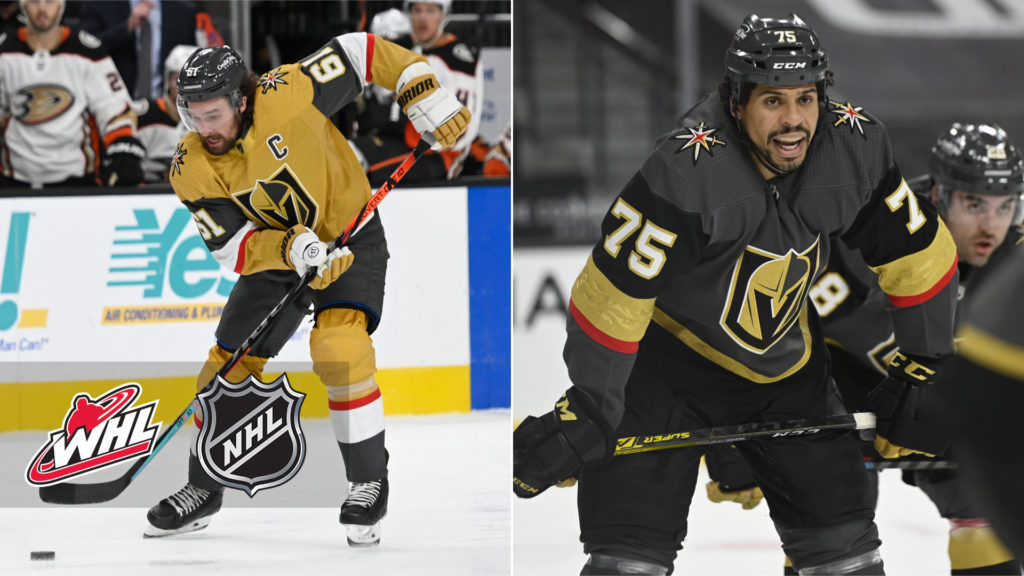 Entering their fourth season in the NHL, the Vegas Golden Knights have one goal to accomplish – win the Stanley Cup. To make that happen the Golden Knights are looking to a pair of former Brandon Wheat Kings – newly-minted captain Mark Stone and fan favourite Ryan Reaves.

Stone was acquired from the Ottawa Senators in a deal in involving two players and a pick in February 2019. During his time in Ottawa, Stone was an offensive force, playing seven seasons with the franchise and tallying 123 goals, 188 assists for 311 points. Stone continually developed, finding his stride during the 2014-15 season where he doubled his points from the previous season in which he was playing in the American Hockey League. Stone’s success continued upon arriving in Vegas, as he finished one point behind his career high of 64 points last season with the Golden Knights. He dramatically improved his passing and playmaking abilities, finding instant chemistry with former Montreal Canadiens captain Max Pacioretty. In the two years Stone has been with Vegas, he has exploded for 29 points in 27 playoff games – more than doubling his playoff point totals during his time with Ottawa.

Looking to add toughness to their roster, Vegas brought in big, burly Ryan Reaves at the trade deadline of the organization’s inaugural season. Reaves found his stride with his new team in the 2017-18 playoffs, where he became the pest Vegas needed in their run to the Cup Final. Appearing in 10 games in the 2018 playoffs, Reaves made his impact felt scoring by two goals, accumulating 18 penalty minutes and finishing plus-4 to help the expansion team make the Cup Final. Reaves rose to the occasion in big moments, scoring the game-winning goal in Game 5 of the Western Conference Final versus Winnipeg, and the tying goal against Washington that led to Vegas’ Game 1 win. Reaves’ hunger for Stanley only grew after seeing his former team, the St. Louis Blues, win it the year after.

In the WHL, both Stone and Reaves spent their careers with the Brandon Wheat Kings. Stone was known as a face-off specialist and set up man who won CHL and WHL Sportsman of the Year, and had the WHL’s best plus-minus rating in the regular season. While representing Canada at the 2012 IIHF World Junior Championship, Stone scored 10 points and helped Canada bring home a bronze medal. Reaves made his impact in a different way. Playing three seasons, Reaves was a reliable force skating in over 200 games, posting 79 points along with 246 penalty minutes.