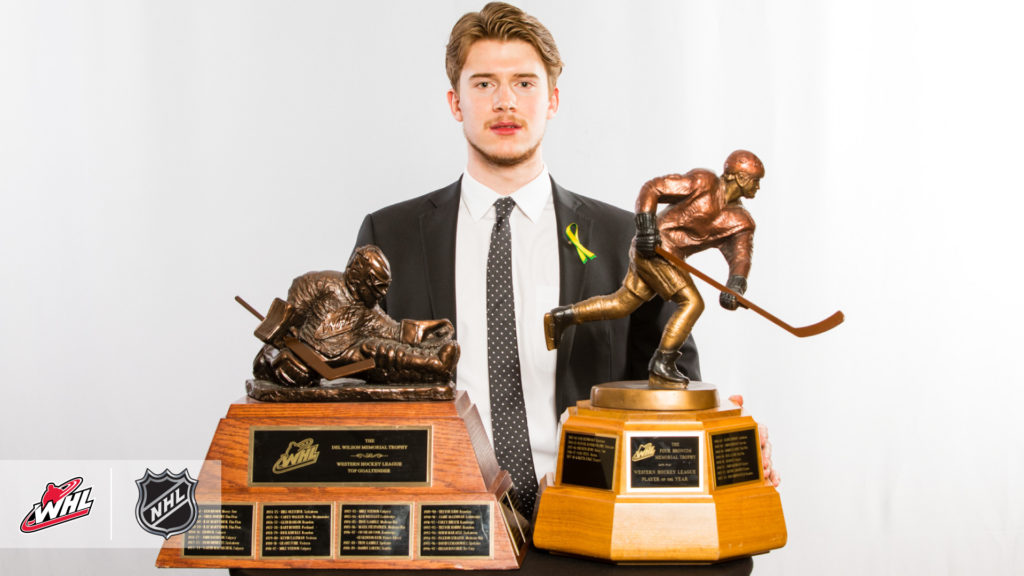 Tuesday, December 18, 2018 marked the beginning of a new era of sorts for the Philadelphia Flyers.

Selected in the second round, 48th overall, by the Flyers at the 2016 NHL Draft, goaltender Carter Hart was coming of his second full season with the Everett Silvertips, having just assumed the starter role that season. In 63 games, the Sherwood Park, Alta. product would post a 35-23-1-3 record, 2.14 goals-against-average, 0.918 save percentage, and six shutouts. It’d be an understatement to say he got better.

The winner of the 2017-18 Four Broncos Memorial Trophy as the WHL Player of the Year is @C_Hart70 of the @WHLsilvertips! #WHLAwards pic.twitter.com/6Gqgcxe0ex

The winner of the 2017-18 Del Wilson Memorial Trophy as the WHL Goaltender of the Year is @C_Hart70 of the @WHLsilvertips! #WHLAwards pic.twitter.com/Ti0ZtSQp84

His WHL career would end with incredible numbers, including a 116-46-10-12 record, one of just 16 goaltenders in WHL history to reach 100 victories, a 2.01 GAA, 0.927 SV%, and tied a league record with 26 shutouts. Add in gold and silver-medal performances at the IIHF World Junior Championship and a gold medal at the Ivan Hlinka Memorial Tournament and Hart became one of the most highly-touted goaltenders to emerge from the WHL in recent years.

All the while, fans in the City of Brotherly Love eagerly awaited his eventual debut.

Hart’s professional career began in the American Hockey League with the Lehigh Valley Phantoms, but after just 17 games, he earned his first call up to the NHL, making his debut Tuesday against the Detroit Red Wings. Hart delivered a 20-save performance in a 3-2 win for the Flyers, an early Christmas present for Flyers fans eager to watch the goaltending prospect drop the prospect part from his name.

You only get one first win. Enjoy it. #LetsGoFlyers pic.twitter.com/YrVrjIOkgk

Carter Hart (20 years, 127 days) became the youngest goaltender in @NHLFlyers franchise history to win in his NHL debut and the youngest in the League to do so since Carey Price. #NHLStats pic.twitter.com/E5UhjR6woE

Hart’s victory also made some history in the NHL circles as he became the youngest goaltender in Flyers’ history to win their first NHL start and the youngest in the league to do so since fellow WHL Alumni Carey price accomplished the feat in October 2007.

Hart also accomplished some more WHL history with the debut, becoming the second player from the eighth round of the 2013 WHL Bantam Draft to make their NHL debut. The first of course was Kamloops Blazers goaltender Dylan Ferguson, who made his NHL debut with the Vegas Golden Knights on November 14, 2017 against the Edmonton Oilers.

With Hart’s family in attendance, it also gave the goaltender a chance to meet up with those who matter most to following the game in a heart-warming moment captured by the Flyers’ social media team.

Our Hart's are so full at this moment.

Tuesday’s win marks just the beginning for Hart. Thursday morning, the Flyers confirmed Hart as the starter for their game against the Nashville Predators. 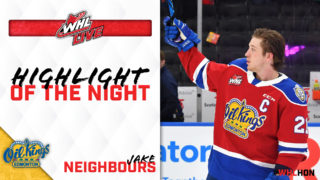 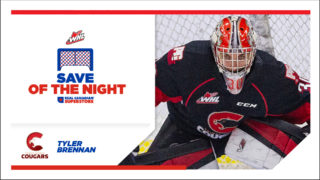