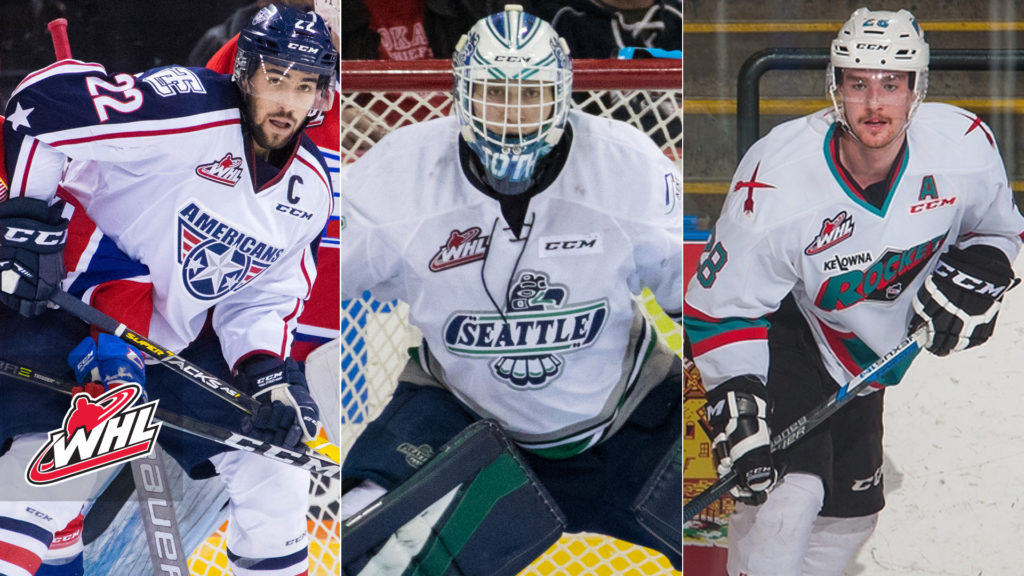 Former Tri-City Americans captain Nolan Yaremko was honoured with the Senator Joseph A. Sullivan Trophy as U SPORTS men’s hockey Outstanding Player of the Year Wednesday.

Yaremko is one of three WHL Alumni to earn major award honours for the 2021-22 season.

Leading both the Mount Royal University Cougars and all Canada West skaters, Yaremko had an incredible season with 39 points (19G-20A) in the regular season, earning a spot on the Canada West First All-Star Team.

Originally from Spirit River, Alta., Yaremko played all five seasons of his WHL career with the Tri-City Americans, serving as captain in his fifth year in 2018-19. Through 278 career games, Yaremko posted 159 points (67G-92A).

“From start to finish his season was, in a word, exceptional. He did it all for us and was an impactful player every time he hit the ice,” said Mount Royal head coach Bert Gilling. “Nolan was remarkably consistent in his productivity throughout the regular season and playoffs while playing and contributing in all situations of the game.”

Yaremko is the third consecutive winner of the Senator Joseph A. Sullivan Trophy to hail from the Western Hockey League joining goaltender Taran Kozun (2019-20) and forward Luke Philp (2018-19).

UBC netminder Rylan Toth has been named the U SPORTS Goaltender of the Year after leading Canada West with 11 wins.

Toth, who skated in the WHL with the Red Deer Rebels and Seattle Thunderbirds, posted a 2.34 goals-against average and a .920 save percentage, all while playing more minutes than any other Canada West goaltender.

He also set a UBC Thunderbirds program record with four shutouts, including a shutout minutes streak of 227 minutes and 49 seconds.

Defenceman Joe Gatenby, who spent time in the WHL with both his hometown Kelowna Rockets and the Kamloops Blazers and was recently named a Top 8 Academic All-Canadian for the 2020-21 season, has been chosen as the U SPORTS most sportsmanlike player and recipient of the R.W. Pugh Award.

“We’ve always known his potential and what he’s capable of doing, it’s terrific to see him getting recognized at this level, he’s deserved everything,” said UBC head coach Sven Butenschön. “He’s here early, he’s on the ice before everybody, he’s a fifth-year guy that takes nothing for granted. His habits are very professional which will give him a great chance to play at a high level of pro. He’s just been a great leader for our young goalies as well.”

A business student, Gatenby played in 23 games for the University of New Brunswick in the 2021-22 regular season, recording two goals and eight assists while picking up just six minor penalties.

Gatenby was also named a second-team AUS All-Star, and is the second consecutive WHL alumnus to win the R.W. Pugh Award after Levi Cable captured it during the 2019-20 season.

U SPORTS also named its All-Canadian and All-Rookie Teams Wednesday.

The 2022 University Cup will be played in Wolfville, N.S. from Thursday, March 31 through Sunday, April 3. Eight teams, including Canada West entries from Alberta and UBC, will vie for the 2022 national championship.

The seven players named as U SPORTS award winners and all-stars are part of the 365 graduate players taking advantage of the WHL Scholarship during the 2021-22 academic year.

The 2021-22 season serves as the 29th year of the WHL Scholarship program. Established on a league-wide basis in 1993-94, over 7,000 WHL Scholarships have been accessed, representing an investment of over $30 million by WHL Clubs. This season, WHL Clubs will contribute in excess of $2.5 million to the WHL graduates utilizing the WHL Scholarship. 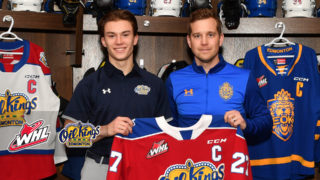 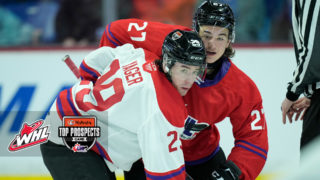 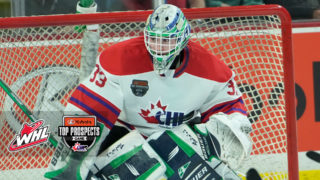 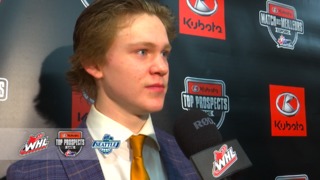 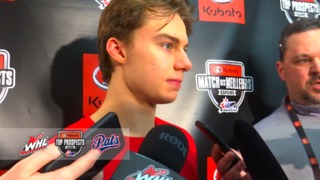