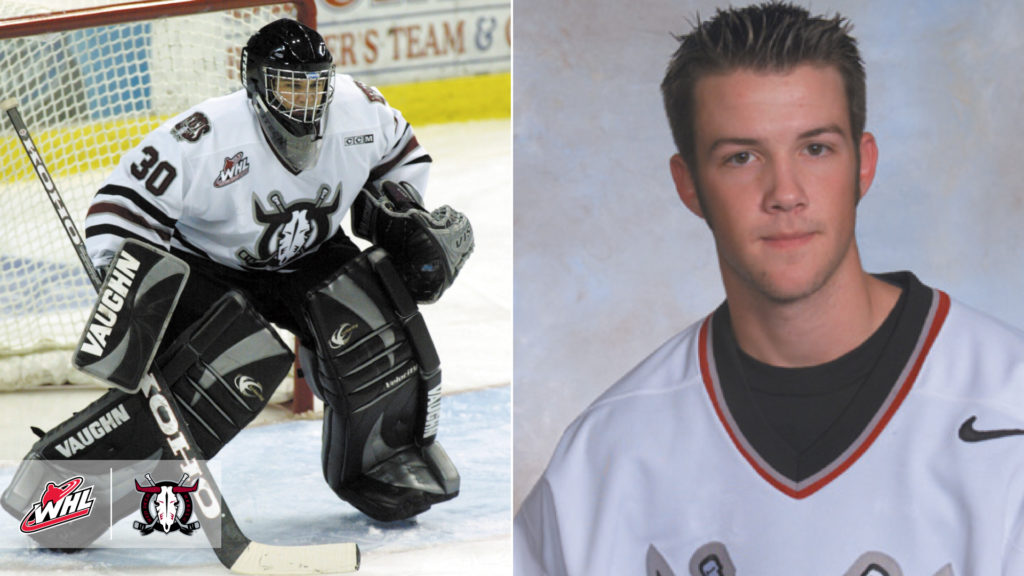 The Saskatoon, Sask. product made it official by signing a one-day contract with the Carolina Hurricanes Wednesday, placing an end to an epic career that saw him appear in 701 NHL regular season games as well as 41 NHL playoff games over 14 seasons.

Ward’s WHL career began when the Rebels called out his name in the fourth round of the 1999 WHL Bantam Draft, choosing the goaltender from the Sherwood Park Bantam AAA Flyers with the 63rd pick of that year’s draft.

Nearly two years later, Ward made his WHL regular season debut with the Rebels on February 4, 2001, stopping all 25 shots in a 3-0 shutout of the Saskatoon Blades. From that brief experience with Red Deer’s Memorial Cup-winning squad that season, Ward would go on to keep the Rebels near the top of the league standings for the next three seasons.

With Ward in net, the Rebels won a second and third consecutive Central Division titles, advancing to the WHL Championship Series twice and losing in the Eastern Conference Championship the other season.

It was Ward’s impressive play that convinced the Hurricanes to select him 25th overall at the 2002 NHL Draft. Following the conclusion of his WHL career and 52 games with the American Hockey League’s Lowell Lock Monsters, Ward made the jump to the NHL.

Appearing in 28 regular season games during the 2005-06 season, Ward would shine in the 2006 NHL Playoffs, guiding the Hurricanes to their first and only Stanley Cup in franchise history. Ward’s performance subsequently earned him the Conn Smythe Trophy as the Most Valuable Player of that year’s playoffs.

On December 26, 2011, Ward was credited with a goal against the New Jersey Devils when he was the last Hurricane to touch the puck before the Devils put it into their own net.

Cam Ward has signed a one-day contract and will officially retire as a Carolina Hurricane!

Congrats on a wonderful career, Wardo!

Proud we got to be a part of it. pic.twitter.com/AoiXUchvLx