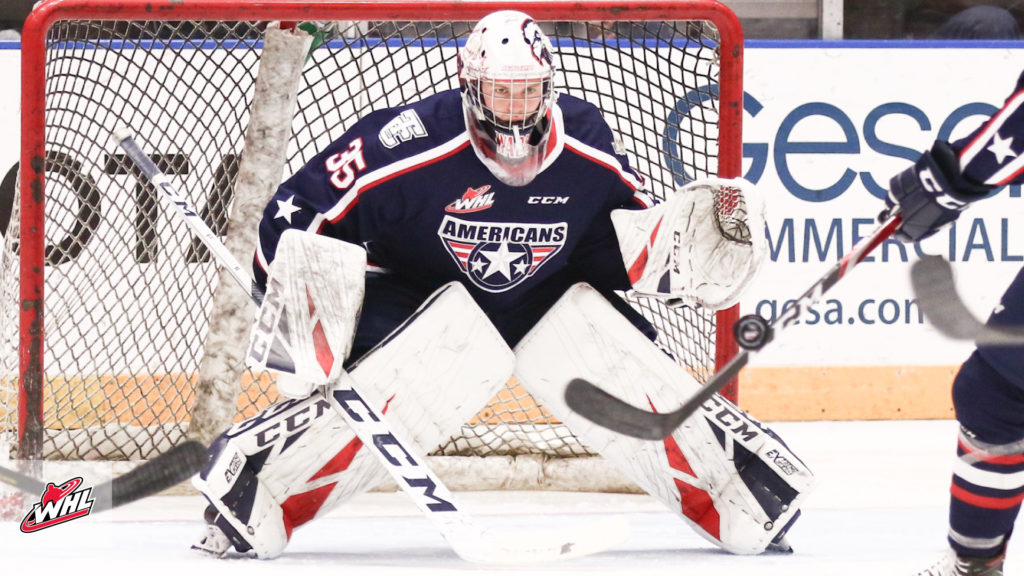 Warm, a 21-year-old product of Whistler, B.C., spent four seasons in the WHL, appearing in 150 career regular season games – 135 of which came with the Americans. Warm wrapped up his WHL career by playing 15 games for the Oil Kings towards the conclusion of the 2019-20 WHL season.

Warm went unselected in the WHL Draft, signing a WHL Standard Player Agreement with the Americans in February 2015 before enjoying an stellar WHL career.

The Chicago Wolves serve as the AHL affiliate of the NHL’s Carolina Hurricanes.

We’ve signed goaltender Beck Warm to a Standard Player Contract (SPC) for the 2020-21 season. The 21-year-old Whistler, British Columbia, native has yet to make his professional debut.