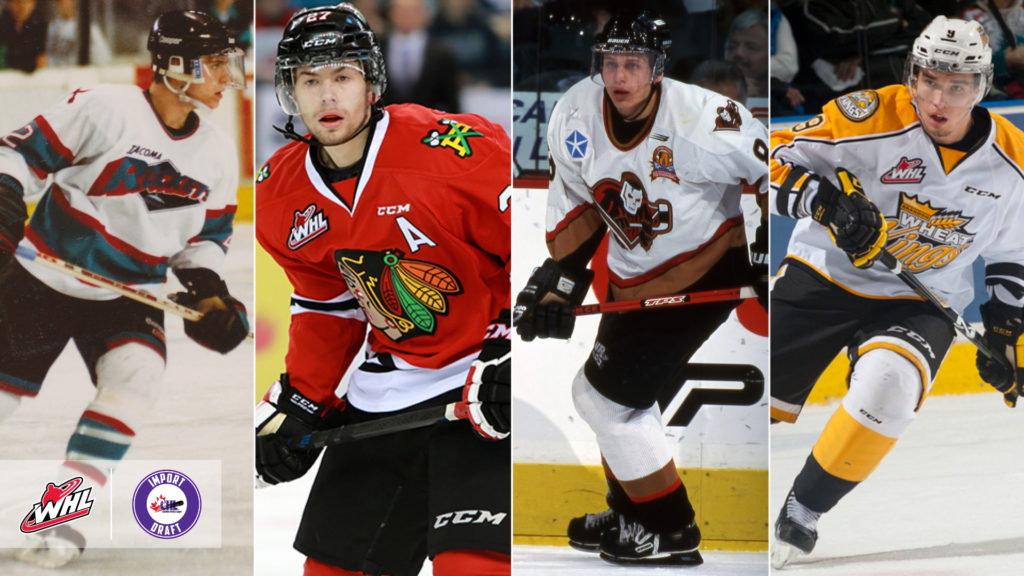 Over the course of hockey history, there has been no shortage of electrifying European talent make its way to the Western Hockey League. Each season, there’s a new batch of high-flying, creative international flair ready to entertain major junior fans across the WHL.

With the 2020 CHL Import Draft scheduled for Tuesday, June 30 at 9 a.m. MT, let’s take a look at a group of players, one from each WHL Club, that could arguably comprise an all-time WHL import roster as having made a significant impact during their time in the WHL.

Note: To be eligible for this list, players must have been selected in the CHL Import Draft and must have played in the current market of their WHL Club (ie. Oscar Moller is not eligible to be included for the Victoria Royals franchise as he did not play a game in Victoria).

He only spent two seasons in the WHL, but he had a colossal impact with the Wheat Kings, registering 134 points (36G-98A) in only 122 regular season games. In 2014-15, the product of Yaroslavl, Russia, was named a WHL First Team All-Star (Eastern Conference). In 2015-16, he was recognized as the WHL Defenceman of the Year, voted to a second consecutive WHL First All-Star Team (Eastern Conference), and helped the Wheat Kings claim the Ed Chynoweth Cup as WHL Champions. During the Club’s 50th anniversary celebration, Provorov was named to the Wheat Kings 50th Anniversary All-Time Team – the only import player represented on a list featuring some incredible figures from the team’s illustrious history. 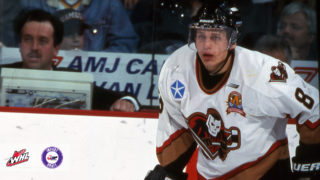 Tough to argue against the man whom, after nearly 20 years, still sits second all-time in Calgary Hitmen franchise scoring. The product of Opocno, Czech Republic, loved to score and he did it with aplomb as a member of the Hitmen, racking up an incredible 320 points, including 172 goals, in 178 regular season games. Brendl led the WHL in goal-scoring in back-to-back seasons, scoring 73 and 59 goals during the 1998-99 and 1999-00 seasons, respectively. He won a WHL Championship in 1999. He was named WHL Rookie of the Year for 1998-99, a season in which he also led the league in scoring with 134 points and was named to the WHL First All-Star Team (Eastern Conference). 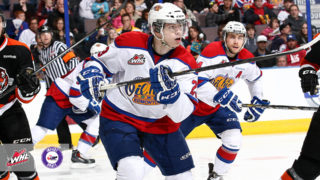 The 2013-14 season was one to remember for the product of Riga, Latvia. After notching 60 points (30G-30A) in 66 games during the regular season, Kulda was good for 22 points (10G-12A) in 21 games as the Oil Kings claimed the Ed Chynoweth Cup as WHL Champions. From there, he recorded seven points (4G-3A) in five games at the 2014 Memorial Cup en route to be named tournament MVP as the Oil Kings won the national title. 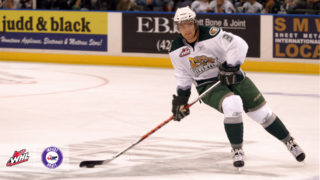 The product of Kladno, Czech Republic, recorded 37 points (7G-30A) in 65 games during his lone WHL season, but his heaviest impact was in the physicality department, evidenced by the 151 minutes in penalty he racked up during those same 65 games. Gudas was named to the WHL Second All-Star Team (Western Conference), having taken care of his own end of the rink thanks to a plus-45 rating.

In 2000-01, the product of Chelyabinsk, Russia, collected 100 points (44G-56A) in 69 games and was named to the WHL First All-Star Team (Western Conference). With 236 points (120G-116A) in 195 career regular season games, he represents the highest-scoring import forward in Kamloops Blazers history. 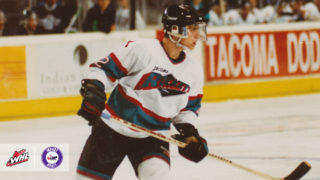 He only played two seasons in the WHL, but the product of Vsetin, Czech Republic eclipsed the 80-point plateau in both, notching 88 points during his rookie campaign (1994-95) and another 85 points (1995-96) during his sophomore season. Like his Kamloops counterpart, Varada is the highest-scoring import player in Rockets history. 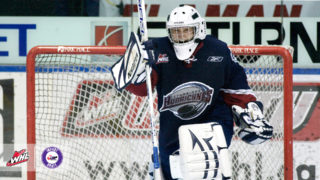 The product of Tampere, Finland, sits in the Hurricanes record book as the holder of the franchise single-season record for goals-against average (1.98, 2007-08) and most shutouts (five, 2008-09). He backstopped Lethbridge to an appearance in the 2008 WHL Championship, but ultimately fell just short in pursuit of the title. Metsola is also the holder of the franchise all-time goals-against average record with a mark of 2.51.

The product of Kiev, Ukraine, is one of the Tigers’ all-time import scoring leaders, having scored 106 points (35G-71A) in 143 games. Selected by the Buffalo Sabres in the fifth round (121st) of the 1994 NHL Draft, eventually embarked on a five-year American Hockey League career before returning to Europe where he played through 2012-13. Klimentiev regularly represented Ukraine in international competition, including at the 2002 Winter Olympic Games. 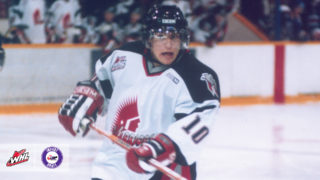 The product of Koprivnice, Czech Republic, was remarkably consistent in his two seasons in the WHL, registering 71 points in 65 games in his rookie season before following up with 75 points in 60 games during his final season in Moose Jaw. With 33 goals to his credit, Fleischmann was named to the WHL Second All-Star Team (Eastern Conference) in 2003-04. He represents the top-scoring import player in Warriors history.

The product of Herning, Denmark, etched his name all over the WHL history books during his three seasons in the league, beginning in 2012-13 as a member of the WHL Champion Winterhawks. In 2013-14, he was named to the WHL First All-Star Team (Western Conference) and led the WHL Playoffs in goals (16) and scoring (33 points). In 2014-15, he took home the Four Broncos Memorial Trophy as WHL Player of the Year after leading the league in goals (63) and points (118). Unsurprisingly, Bjorkstrand was also a member of the WHL’s First All-Star Team (Western Conference) in 2014-15. He finished his WHL career with 290 points (193G-144A) in 193 regular season games, adding another 77 points (37G-40A) in 59 WHL post-season contests.

The product of Koln, Germany represents arguably the greatest hockey player to ever emerge from Germany, and he got his start in North America with the Raiders. Draisaitl arrived in Saskatchewan and posted 58 points in 64 games as a rookie before exploding for 105 points in 64 games in 2013-14, en route to being selected third overall by the Edmonton Oilers at the 2014 NHL Draft. Draisaitl was recognized as a member of the WHL First All-Star Team (Eastern Conference) in 2013-14. 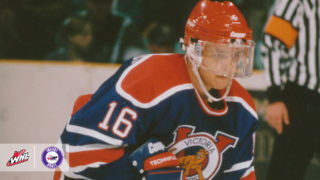 The product of Kiev, Ukraine, began his WHL sojourn as a member of the Victoria Cougars, eventually moving with the Club from Vancouver Island to northern B.C. for the 1994-95 campaign. In 188 career games with the Victoria/Prince George Cougars, Vasilevski recorded 203 points and was selected by the St. Louis Blues in the 11th round (271st) of the 1993 NHL Draft. 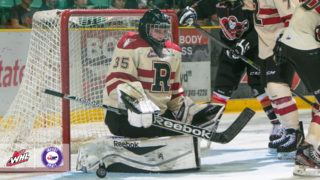 A product of Koprivnice, Czech Republic, Bartosak holds the Rebels single-season record for most saves by a goaltender with 2,129 (2013-14). He also holds the Rebels franchise mark for saves, having turned aside 4,546 pucks from 2011-12 through 2013-14. The 2012-13 season served as Bartosak’s best in the WHL as he was named CHL Goaltender of the Year, WHL Goaltender of the Year, and earned a spot on the WHL First All-Star Team (Eastern Conference). In 2013-14, Bartosak was named to the WHL Second All-Star Team (Eastern Conference).

A product of Ceske Budejovice, Czech Republic, Novak represented the Pats at the CHL/NHL Top Prospects Game during the 1999-00 season before hearing his name called by the New York Rangers in the second round (64th) of the 2000 NHL Draft. The 2001-02 season was arguably Novak’s best with the Pats, as he was named to the WHL First All-Star Team (Eastern Conference). Over three seasons, the 6-foot, 225-pound defenceman recorded 164 points (36G-128A). 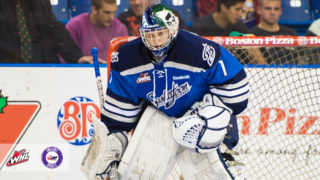 Makarov, a native of Kazan, Russia, holds two places in the Saskatoon Blades franchise record book – owner of the single-season record for shutouts with seven (2012-13) as well as the franchise all-time mark for shutouts with nine. When the Blades hosted the 2013 Memorial Cup, Makarov was named the tournament’s Top Goaltender.

A product of Moscow, Russia, Saprykin participated in the 1998-99 CHL/NHL Top Prospects Game before being selected by the Calgary Flames in the first round (11th) of the 1999 NHL Draft. Over the course of two seasons, the speedy winger recorded 159 points in 114 contests. 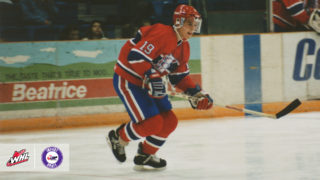 After fellow Russian Valeri Bure defected from Russia in 1991 to join the Chiefs, Bets followed via the inaugural CHL Import Draft in 1992. A product of Chelyabinsk, Russia, Bets erupted upon landing in Spokane, registering an impressive 106 points (49G-57A) in only 54 games during the 1992-93 season. Selected by the St. Louis Blues in the second round (37th) of the 1993 NHL Draft, Bets returned to Spokane and once again had his way offensively, recording 116 points (46G-70A) in 63 contests. 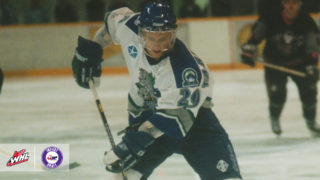 A product of Kiev, Ukraine, Varlamov finished his junior career by igniting the entire CHL during the 1997-98 season. The 5-foot-11, 203-pound forward led the WHL with 66 goals and 119 points in 72 games. As recognition for his incredible season, Varlamov was named WHL Player of the Year and CHL Player of the Year. Over the course of 199 career WHL regular season games, the Ukrainian sensation notched 248 points (135G-113A).

A native of Nokia, Finland, Valimaki’s calling card was consistency as a member of the Tri-City Americans. In back-to-back seasons, he was voted to the WHL Second All-Star Team (Western Conference) and he registered slightly more than a point-per-game in each of those seasons as well. During the 2018 WHL Playoffs, Valimaki was a rock on the blueline, collecting 17 points (4G-13A) in 12 games. 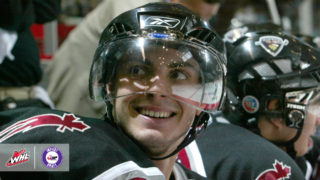 A product of Vlasim, Czech Republic, Repik was a part of the Giants squad that made back-to-back appearances in the WHL Championship, winning 2006 before falling just short in a historic Game 7 defeat in 2007. With Vancouver hosting the Memorial Cup in 2007, Repik and the Giants emerged victorious, winning the national tournament by defeating the Medicine Hat Tigers. Repik led the Memorial Cup tournament in scoring after having also led the WHL Playoffs in scoring. Over 176 career regular season contests with the Giants, Repik scored 168 points (75G-93A), adding another 43 points (18G-25A) in 46 career WHL playoff games. 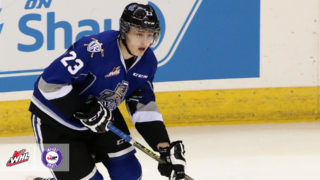 A native of Lipetsk, Russia, Bobylev started his WHL career with the Vancouver Giants during the 2014-15 season before re-entering the CHL Import Draft and heading across the Georgia Strait to join the Royals in 2015-16. From there, he went on to record 103 points (37G-66A) in 110 games and ranks as the top-scoring import forward in Victoria Royals history.

In their first season in Winnipeg, the ICE were boosted by the performance of the now 19-year-old Teply – a product of Havlickuv Brod, Czech Republic. The prospect of the Chicago Blackhawks led all WHL rookies in scoring with 63 points (29G-34A) in 53 games.

As a franchise, the ICE has had great success with import players from the Czech Republic. Dating back to the Kootenay ICE era of the Club, successful Czech imports include Zdenek Blatny, Tomas Plihal, and Jaroslav Svoboda, while Marek Svatos was an all-time import great hailing from Slovakia.