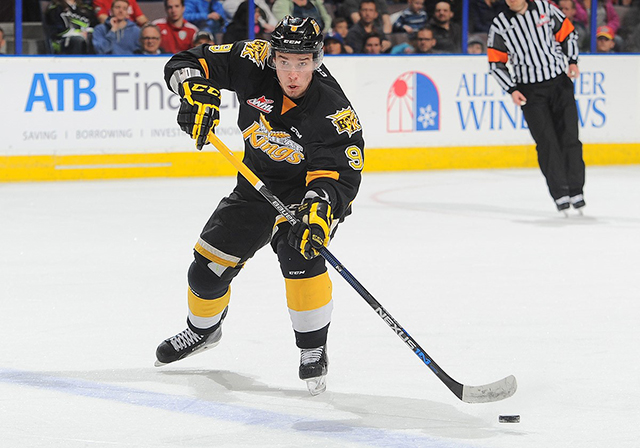 Apparently high-flying, three-on-three hockey was exactly what the doctor ordered for the Brandon Wheat Kings.

After opening the WHL pre-season with consecutive losses, the defending Ed Chynoweth Cup champions returned to the win column in mighty fashion Wednesday afternoon in Ochapowace, Sask., thumping the Regina Pats by a 10-3 final.

Nine different goal scorers found the back of the net for Brandon, with Duncan Campbell striking twice. Sophomore forward Stelio Mattheos registered the game-winning goal in the second period.

At one point, the contest was just that – a contest up for grabs.

Midway through the first period, the two teams had gone back and forth. Ty Lewis gave the Wheat Kings a 1-0 lead, before Jaeger White doubled the advantage.

Shortly after, Jake Leschyshyn pulled the Pats within one on a power play before Braydon Buziak even the score.

In the dying moments of the first period, Duncan Campbell found the back of the net to give the Wheat Kings a 3-2 edge heading into the second and final period of three-on-three hockey.

That’s as close as this game would be on the afternoon as the Wheat Kings came out and scored six consecutive goals, bullying their way to a commanding 9-2 lead.

Stelio Mattheos, James Shearer, Garrett Sambrook, Ivan Provorov, Daniel Bukac and Campbell piled on for the Wheaties before Chase Harrison ended the madness, scoring on behalf of Regina to make it 9-3.

Official scoring was unavailable as of 9:15 p.m. (Mountain).

According to Phil Andrews, play-by-play broadcaster and director of media and communications for the Pats, goaltender Logan Thompson went the distance in net for the Wheat Kings, while Pats goaltenders Jordan Hollett and Kurtis Chapman split the two-period outing.

Regina was 2-for-4 with the man advantage, while the Wheat Kings converted 2-of-3 power plays.

The Wheat Kings earned their first exhibition victory on Wednesday afternoon, moving to 1-2-0. Brandon closes the pre-season with the two aforementioned games against the Pats.