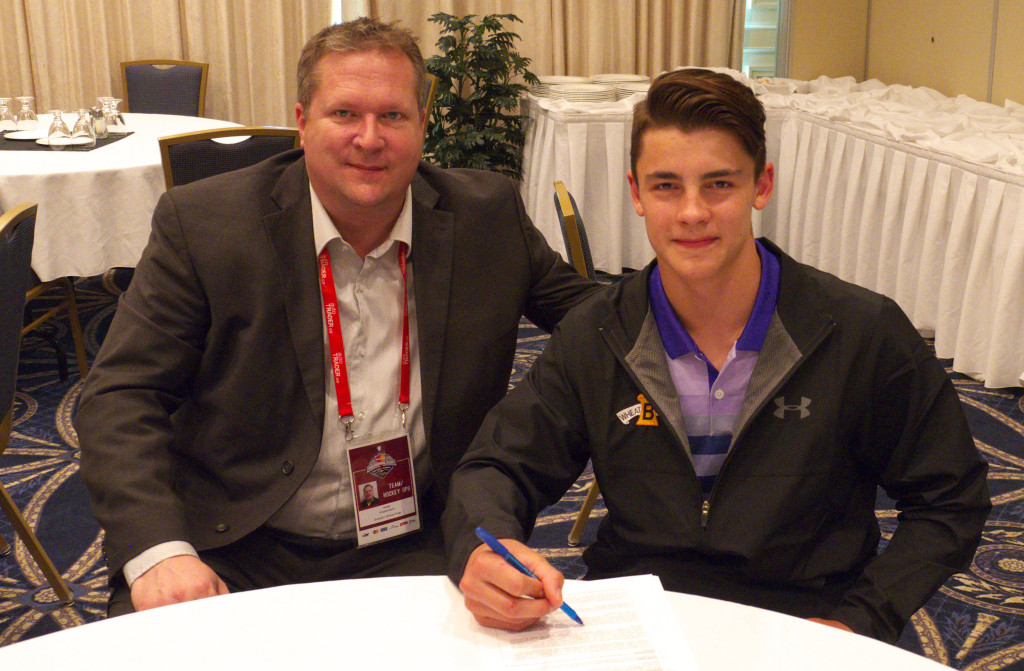 The talented blueliner is thrilled to be an official member of the Wheat Kings’ organization, with today’s signing.

“Great players seem to come out of there,” he recently told Perry Bergson of the Brandon Sun. “They have great coaching and a great organization.”

In order to acquire Schneider, the Wheat Kings swapped first round picks with Moose Jaw, before adding a third and sixth round selection.

“This was a player that everyone on our staff really liked,” says Klippenstein. “He was one of the top defencemen in this year’s draft and he’s a guy that other teams won’t enjoy playing against.”

He becomes the first Saskatchewan born player to be chosen by the Wheat Kings in the first round since Eric Roy was taken with the 18th overall selection in 2009.

Fresh off their first WHL Championship in twenty years, the Wheat Kings remind fans that the Early Bird Deadline to renew your 2016-17 Season Tickets at last year’s price is fast approaching. Western Manitoba hockey fans will have until Friday, June 17th at 5pm to renew. For more information or to order fans can also call the Wheat Kings’ office at (204) 726-3535.

The Wheat Kings, who continue to offer the most affordable season ticket prices in the WHL, will open up their 2016 Training Camp on August 30th at Westman Communications Group Place.