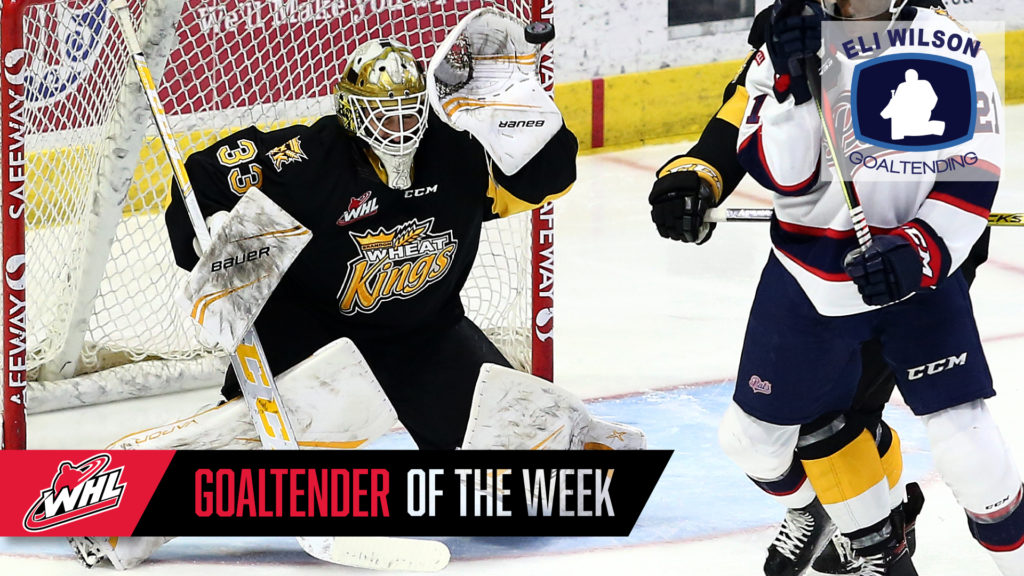 The Vegas Golden Knights prospect posted a 3-0-0-0 record in 180 minutes of action while maintaining a 0.33 goals-against average, stopping 94 of 95 shots for a 0.989 save percentage, and earning a pair of shutouts. The four-game winning streak by the Wheat Kings have vaulted them into third place in the East Division with a 19-17-1-2 record, good for 41 points.

Patera’s week began with a 34-save performance in a 4-1 win against the Regina Pats on home ice. Patera made all 21 saves through 40 minutes and allowed a single goal on 14 shots in the third period, helping him claim second-star honours for the game.

The Wheat Kings begin a four-game home stand on Tuesday, January 7 (7:00 p.m. CT) when they play host to the Medicine Hat Tigers at Westoba Place.