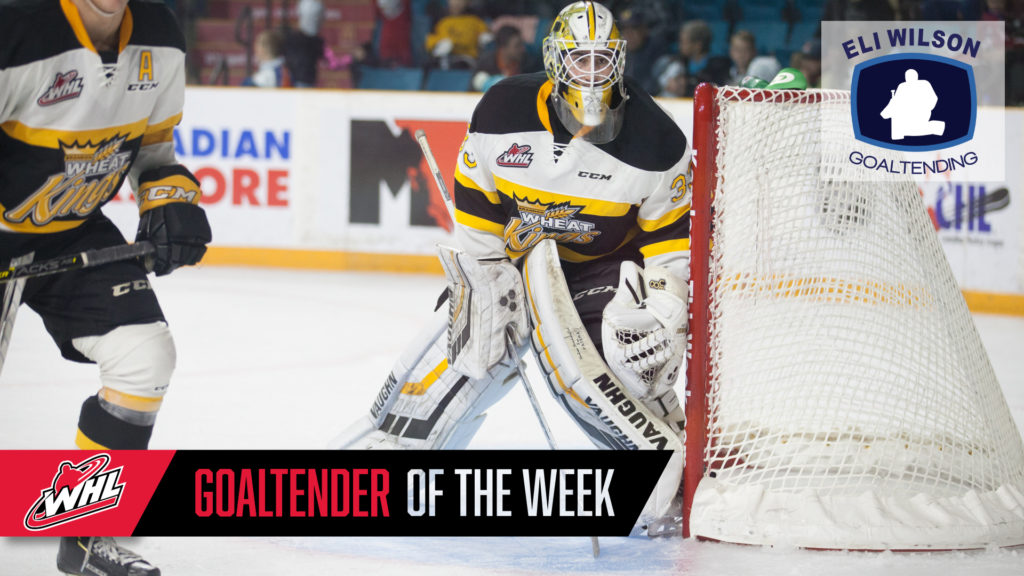 A prospect of the Vegas Golden Knights selected in the sixth round, 161st overall, of the 2017 NHL Draft, Patera posted a 2-0-0-0 record, 1.50 goals-against-average, and stopped 62 of 65 shots for a 0.954 save percentage in a pair of road wins against the Swift Current Broncos this past week.

Wednesday, Patera stopped 31 of 32 shots in a 5-1 win for the Wheat Kings, making 9 saves in the first before saving all 22 shots over the final two periods. Saturday, Patera continued his domination of the Broncos with a 31-save performance in a 5-2 victory, making 13 saves in the first, 10 in the second, and eight more in the third.

Originally selected by the Wheat Kings in the second round, 104th overall, in the 2018 Canadian Hockey League Import Draft, Patera has done well in his inaugural season in the WHL, posting a 10-6-2-2 record in 21 games while also maintaining a 2.93 GAA and a 0.915 SV%.

The Wheat Kings are back in action when they play host to the Medicine Hat Tigers on Tuesday, December 4 (7:00 p.m. CT).