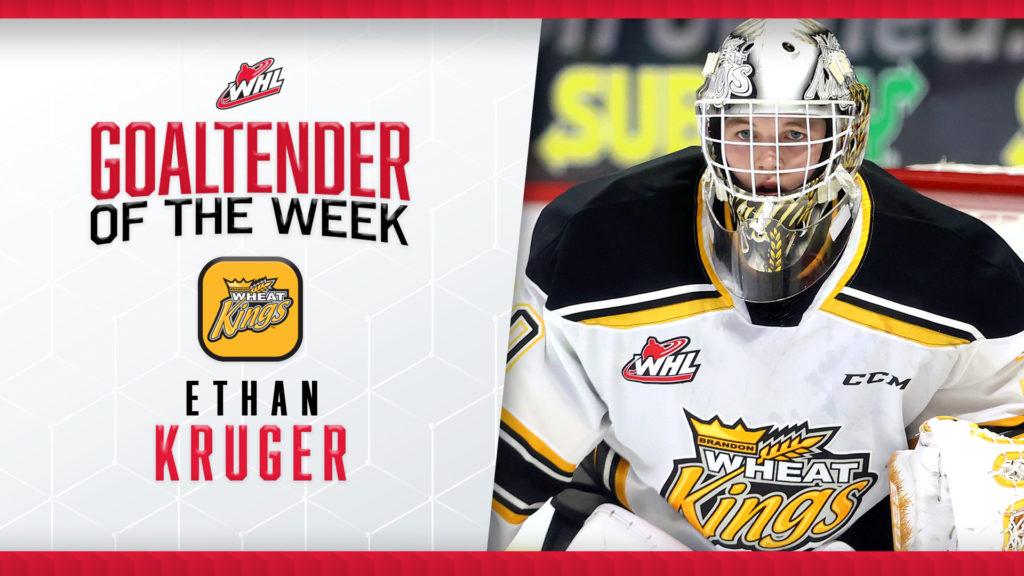 Kruger, a 19-year-old product of Sherwood Park, Alta., was solid, going undefeated in three appearances as the Wheat Kings went 3-0-0-0 with a 1.33 goals-against average and .950 save percentage this past week in the WHL’s Subway Hub Centre in Regina.

On Tuesday, March 30, Kruger recorded 28 saves in a resounding 7-1 triumph over the Prince Albert Raiders.

Finally, Kruger stymied the Saskatoon Blades on Sunday, April 4, stopping 22 of 23 shots in a 3-1 win as the Wheat Kings pulled into a tie with the Blades for first place in the East Division.

Next up, Kruger and the Wheat Kings take on the Prince Albert Raiders tonight at 8 p.m. MT in the WHL’s Subway Hub Centre in Regina.