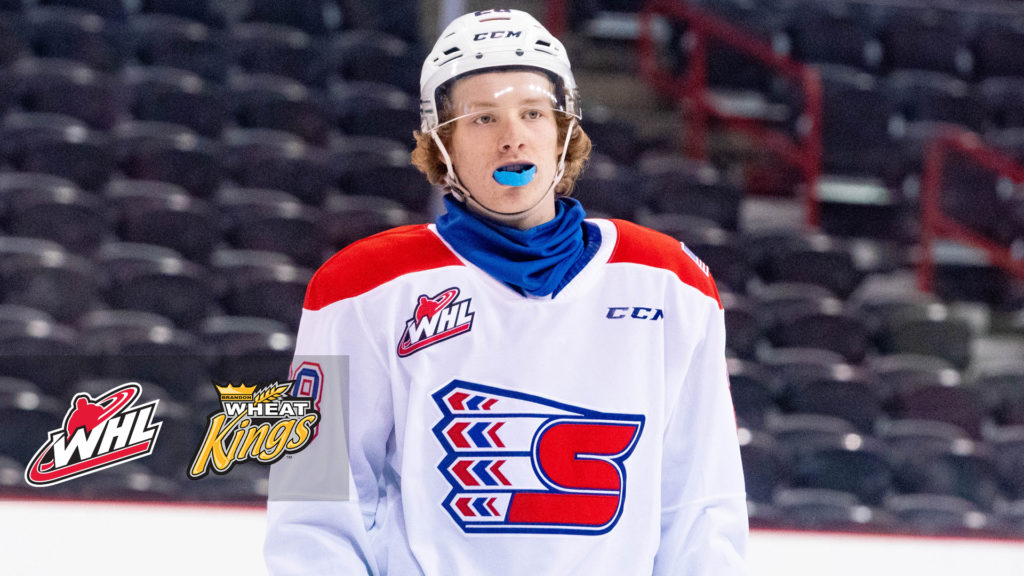 The Spokane Chiefs have traded forward Ben Thornton  to the Brandon Wheat Kings in exchange for a second-round pick in the 2021 WHL Prospects Draft.

“Thank you to Ben for his hard work and dedication as a Chief,” said Chiefs general manager Scott Carter. “We wish him the best with the Wheat Kings.”

Thornton, a 17-year-old forward from Chilliwack, B.C., has scored one goal in 11 games with the Chiefs, adding three assists in nine pre-season games. He was originally the Chiefs’ first-round pick (15th overall) in the 2019 WHL Draft.

Thornton is expected to arrive in Brandon later today and could make his Wheat Kings debut Saturday when the Wheat Kings conclude their Pre-Season campaign by visiting the Winnipeg ICE.

The Wheat Kings have acquired 17-year-old forward Ben Thornton from the @spokanechiefs.

TRADE 🔀 | The Chiefs have traded F Ben Thornton to the @bdnwheatkings for a 2nd round pick in the 2021 #WHLDraft.

Best of luck in Brandon, @benthornton1404!