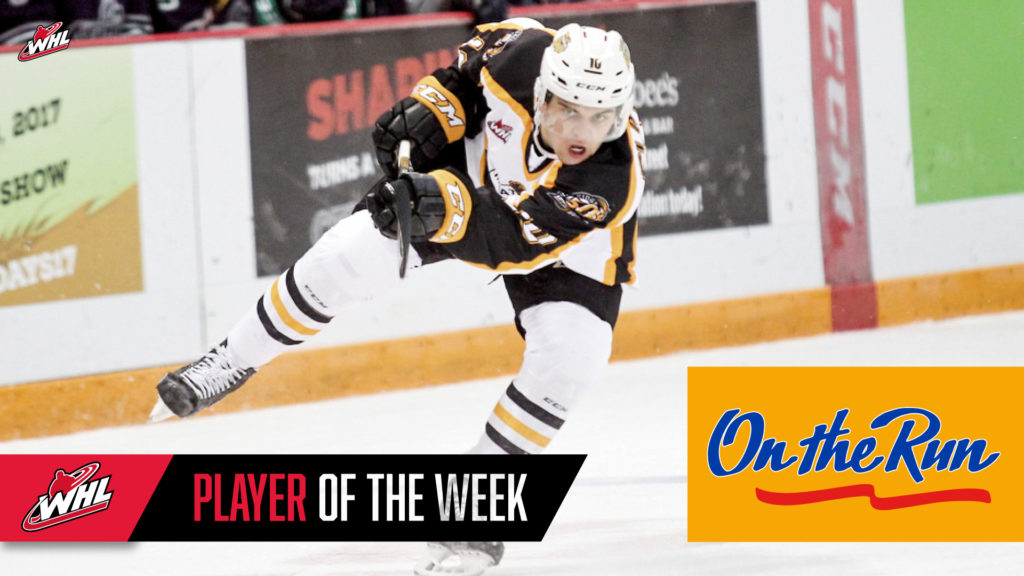 Calgary, Alta. – The Western Hockey League announced today that Brandon Wheat Kings defenceman Kale Clague has been named the WHL On the Run Player of the Week for the week ending October 8, 2017.

Clague, a prospect of the NHL’s Los Angeles Kings after being drafted in 2016 (2-51), led his team with eight points (5G-3A) and a plus-9 rating as they scored three straight wins on a weekend road trip of Alberta, helping them keep pace in a tight East Division.

Clague’s production continued in Red Deer Saturday against the Rebels with a pair of goals and an assist. The 6-foot-0, 181-pound defender from Lloydminster, Alta. scored both goals at even strength and assisted on the game-winning goal.

Sunday, the Wheat Kings completed their road trip with a 5-3 win in Calgary against the Hitmen, with Clague picking up a pair of assists on two of his team’s three first period goals.

As of October 8, Clague sits 13th in WHL scoring with 12 points (5G-7A). Clague presently leads all blue liners in the entire league in both goals and points.