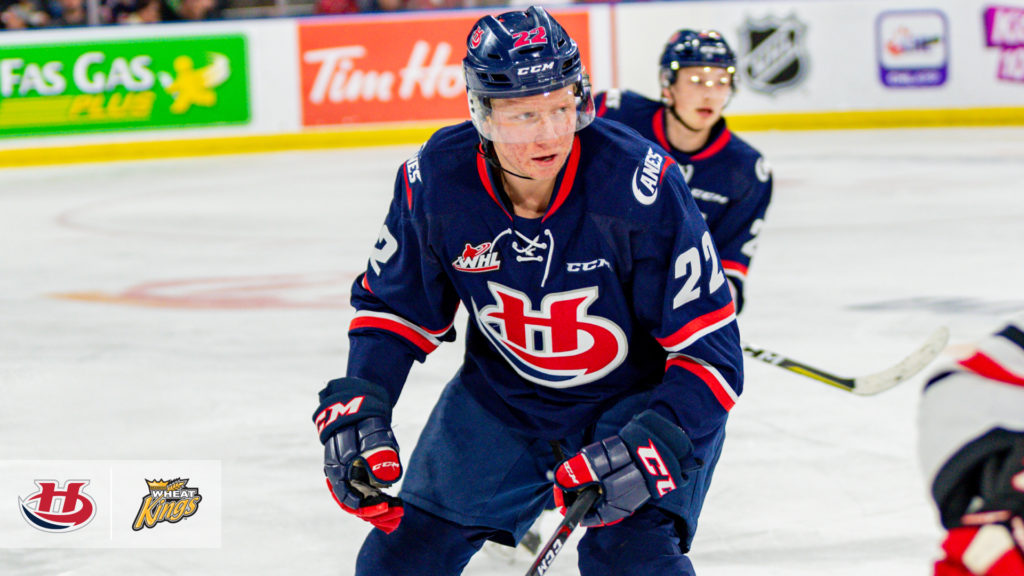 The Brandon Wheat Kings bolstered their depth on the blue line Wednesday, acquiring 2001-born defenceman Rylan Thiessen from the Lethbridge Hurricanes in exchange for a sixth-round pick in 2020 WHL Bantam Draft.

The trade represents a homecoming for Thiessen, a product of Brandon who grew up playing in the local Brandon Wheat Kings Bantam and Midget AAA program.

“We’re really excited to add Rylan to our lineup,” said Darren Ritchie, General Manager of the Wheat Kings. “He was one of the best players in the Manitoba U-18 League last season and was an important part of a championship team.

“Rylan is a good skater and has good skill. He will be a good addition to our group.”

Thiessen was originally signed to a WHL Standard Player Agreement by the Hurricanes on December 11, 2018. He spent three seasons (2016-17 to 2018-19) with the Wheat Kings Midget AAA club in Brandon, playing in 81 contests and notching 63 points (20G-43A) along the way. He added 19 points (5G-14A) in 11 playoff games, being named MMHL Playoff MVP as the AAA Wheat Kings captured the Manitoba AAA Midget Hockey League (MMHL) championship.

Thiessen is expected to be in the lineup when the Brandon Wheat Kings return to action Friday, December 6 at 7:30 p.m. CT as they play host to the Kamloops Blazers, led by Manitoba-born defencemen Max Martin and Montana Onyebuchi.

The Lethbridge Hurricanes are set to skate Wednesday evening at 7 p.m. MT as they welcome the Everett Silvertips to the ENMAX Centre. 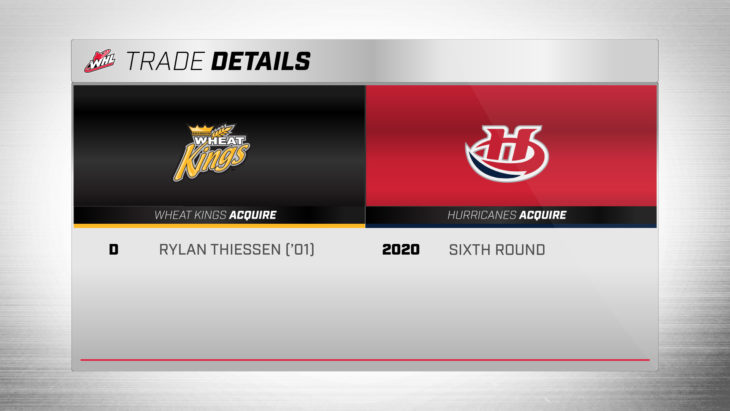 TRADE: The #WHLCanes have acquired a sixth round draft pick in 2020 from the Brandon Wheat Kings in exchange for 2001-born defenseman Rylan Thiessen! #CaneTrain #FueledByPassion #YQL

BREAKING: The #BWK have acquired Brandonite Rylan Thiessen from the @WHLHurricanes in exchange for a sixth round draft pick in the 2020 WHL Draft. READ: https://t.co/Rozj244ap3 pic.twitter.com/XaBfhAKptR