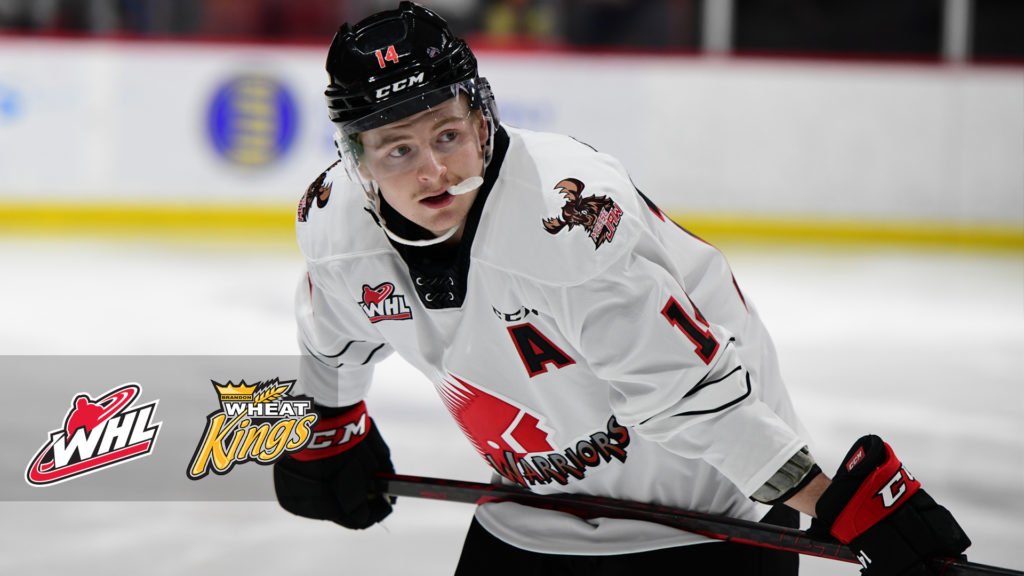 The two Clubs announced the trade Monday. In return, Moose Jaw receives a conditional pick in the 2024 WHL Prospects Draft.

Anderson was limited to just 15 regular season games for the Warriors during the 2021-22 WHL season, but scored four times and totalled six points. He added two more tallies during the 2022 WHL Playoffs as Moose Jaw reached the Second Round.

Anderson was originally selected by the Moose Jaw Warriors in the seventh round of the 2017 WHL Draft. In 108 WHL regular season and playoff games, all with the Warriors, he has compiled 29 points (13G-16A).

🚨Trade Announcement🚨
The Brandon Wheat Kings have acquired Calder Anderson from the @MJWARRIORS for a conditional draft pick!

TRADE: We have acquired a conditional pick from the Brandon Wheat Kings in exchange for 20-year-old Calder Anderson.