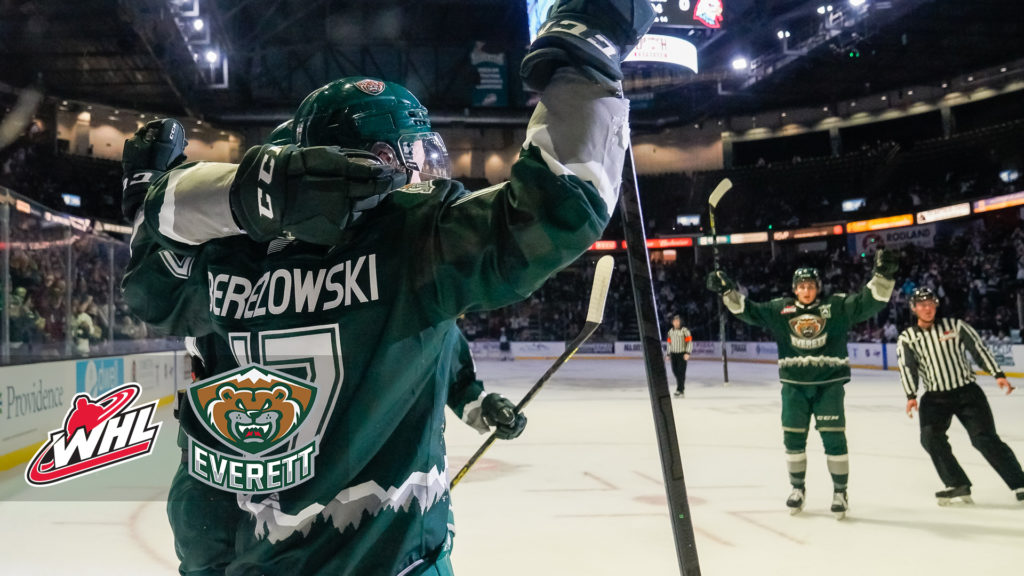 A pair of undefeated teams put their perfect records on the line away from home this weekend, as both the Winnipeg ICE and Everett Silvertips leave their cozy confines for multi-game away swings.

Here’s a look at some of what we’re watching this weekend.

ICE HIT THE ROAD
The Winnipeg ICE reached number 2 in the Kia Canada CHL Top-10 Rankings this week, and followed that up by improving to 8-0-0-0 on the young season with a home-ice win over the Moose Jaw Warriors. Winnipeg now hits the road for the next five game beginning with a return affair Saturday in Moose Jaw (7:00 p.m. MT, Mosaic Place). As we enter the weekend, seven of the top 10 scorers in the WHL are ICE players including 2022 NHL Draft prospect Matthew Savoie (4G-9A, T-1st), Philadelphia Flyers prospect Connor McClennon (7G-5A, T-4th) and Minnesota Wild first-round pick Carson Lambos (2G-8A, T-9th).

ROSE CITY DOUBLE-DIP
The Everett Silvertips earned an honourable mention in this week’s Kia Canada CHL Top-10 Rankings on the strength of a 4-0-0-0 record to start the campaign. The Silvertips hit the road for a pair of games in Portland beginning Friday night (7:00 p.m. PT, Veterans Memorial Coliseum). The two sides have met once already this season on October 8, with Everett skating away 4-0 winners thanks in part to a 23-save clean sheet from 2022 NHL Draft prospect Braden Holt, whose running mate Koen MacInnes is the reigning WHL Goaltender of the Week following a 31-save shutout October 16 against the Seattle Thunderbirds. The Winterhawks meanwhile, boast the league’s best penalty kill entering the weekend, sitting at a sterling 92.9 percent.

Ben Hemmerling, Braden Holt and Austin Roest have been named to NHL Central Scouting's Preliminary Players to Watch list ahead of the 2022 Draft!

REBEL YELL
Amid the excitement of the 2021 WHL Cup in Red Deer, the Rebels play a pair of home games Friday and Saturday night looking to take sole possession of first place in the Central Division. Head coach Steve Konowalchuk’s group collected four of a possible six points last weekend with wins over Calgary and Edmonton, and begin their weekend with another divisional clash Friday against the Lethbridge Hurricanes (7:00 p.m. MT, Peavey Mart Centrium). Newcomer Blake Stevenson has paced the Red Deer offence with seven points (2G-5A) from his eight appearances as a Rebel, while another new arrival, Connor Ungar, holds the WHL’s best save percentage at 0.960.