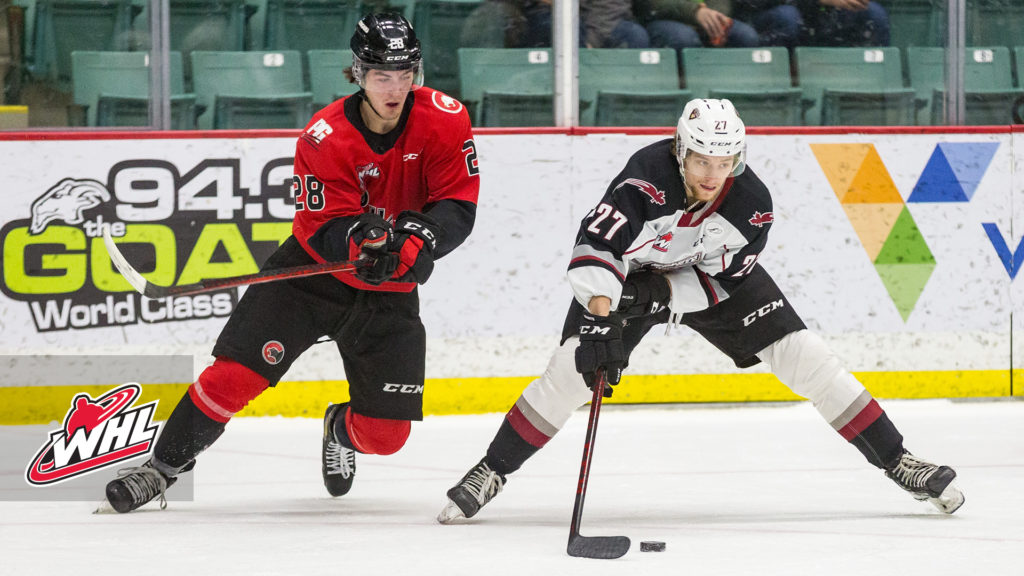 A full slate of WHL games beckons, with all 22 Clubs set to hit the ice over the course of this weekend including in Vancouver where the Giants and Prince George Cougars share the national spotlight on TSN Friday evening. Here’s a look at What We’re Watching.

NATIONAL STAGE
The Vancouver Giants play host to the Prince George Cougars in a nationally televised game on TSN Friday (7:00 p.m. PT, Langley Events Centre, TSN 1/3/5). The national sports network begins its live coverage of the CHL with an East / West double-header, shining a spotlight on the likes of Florida Panthers prospect Justin Sourdif, as well as Cougars netminder Tyler Brennan, who earlier this week was named the top-ranked North American goaltender by NHL Central Scouting ahead of the 2022 NHL Draft. Three points separate Vancouver (31 points) and Prince George (28 points) in the B.C. Division standings. The Giants have won four of the seven meetings between the two sides during the 2021-22 campaign, the most recent of which was a 3-1 Vancouver triumph on December 18. Cougars forwards Craig Armstrong and Koehn Ziemmer lead all scorers in the season series with eight points apiece, with six of Ziemmer’s points versus the Giants coming in a 7-3 Prince George victory December 15.

FIRE POWER
The Kamloops Blazers will welcome forward Logan Stankoven back to the lineup for the first time in over a month when they begin a U.S. Division swing at Tri-City Friday (7:05 p.m. PT, Toyota Center). The Dallas Stars prospect is slated to make his first appearance in Blazers silks since December 8, and is coming off a stint with Canada at the IIHF World Junior Championship in Alberta. Despite missing nine of Kamloops’ 31 games this season, Stankoven sits second in team scoring with 32 points (13G-19A), as the Blazers begin the weekend with a seven-point cushion atop the B.C. Division. Tonight marks the first meeting of the season between Kamloops and the Tri-City Americans, who are led offensively by a pair of NHL Draft prospects, forwards Parker Bell and Jake Sloan.

STANKS IS BACK!🔥@LoganStankoven set to play his first game with the 🔥 since December 8th! 🕰 pic.twitter.com/6ITIWoQGKG

NEW REBELS
The Red Deer Rebels begin the weekend just four points back of first-place Edmonton in the Central Division standings, and host the Brandon Wheat Kings tonight (7:00 p.m. MT, Peavey Mart Centrium) with a pair of new faces in tow. Former Calgary Hitmen captain Jackson van de Leest is slated to make his Rebels debut after a mid-week trade. The 20-year-old brings 221 games of WHL regular season experience to the Red Deer blueline, not to mention a 6-foot-7, 238-pound frame. Import forward Frantisek Formanek has also arrived in Central Alberta and should debut against the Wheat Kings tonight as well. The Czech forward was the Rebels’ first-round selection in the 2021 CHL Import Draft. Brandon, meantime, continues an Alberta swing having dropped a 4-3 overtime decision Wednesday in Medicine Hat, but enter tonight’s game having collected points in each of their last seven games.