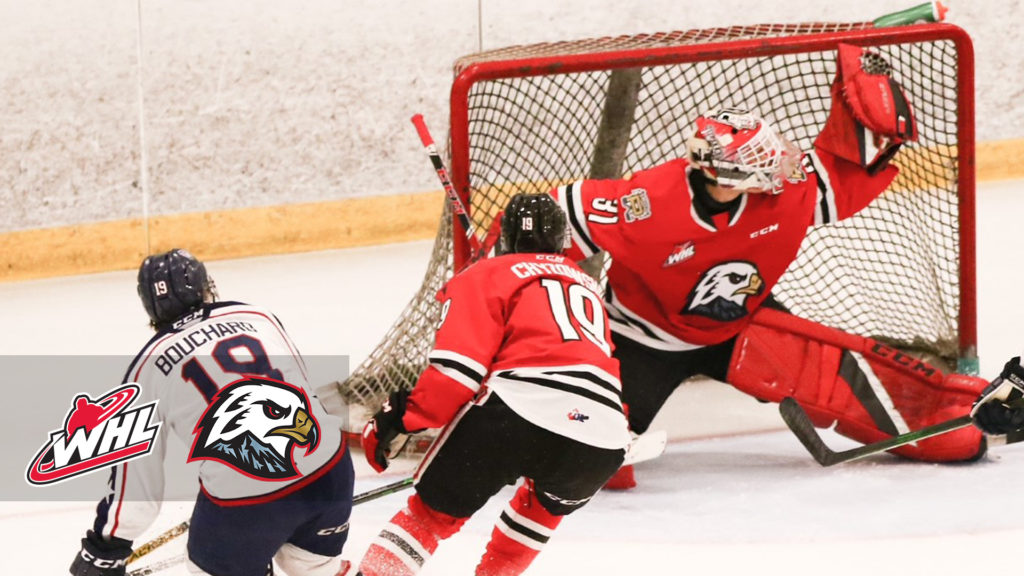 A busy weekend of Pre-Season action saw some stellar performances turned in around the WHL. Here’s a quick glance at some of the highlights from the 19 games played between September 17 and 19.

WINNER-HAWKS
The Portland Winterhawks finished their Pre-Season schedule with a perfect 4-0-0-0 record, including identical 3-0 shutout wins over the Spokane Chiefs and Tri-City Americans September 17 and 18 in Kennewick, Wash. Forward Marcus Nguyen led the Portland offense with four goals in as many outings, while goaltender Dante Giannuzzi was the goaltender of record in all four Winterhawks wins, posting a 0.75 goals-against average and 0.976 save percentage. He stopped all 38 shots he faced over 80 minutes of work this past weekend.

Nguyen scored against every divisional opponent in preseason. Statement start to his season. https://t.co/abZ6ngqIkt

ROCKETS HAVE LIFTOFF
The Kelowna Rockets took both ends of a weekend home series against the Victoria Royals to begin their Pre-Season campaign on a winning note. Friday at Prospera Place, forward Max Graham paced the Rockets with a goal and two assists, while Czech import Gabriel Szturc fired in the eventual game-winner at 15:23 of the first period as Kelowna upended Victoria 7-3. Szturc added a second goal 26 seconds into Saturday’s contest, while goaltenders Nicholas Cristiano and Cole Tisdale combined to turn aside 28 of 29 Royals shots in a 4-1 Kelowna win. Victoria’s Brayden Schuurman, who is eligible for the 2022 NHL Draft, scored three of the four Royals goals on the weekend.

We're super confident that we can say @GSzturc is loving Kelowna. pic.twitter.com/efUkpXrsKk

REBELS YELL
The Red Deer Rebels collected their first two victories of the Pre-Season, sweeping a home-and-home set with the Calgary Hitmen Friday and Saturday. Goaltender Chase Coward turned in a 34-save performance for the Rebels Friday at Peavey Mart Centrium, helping Red Deer post a 3-0 victory. Red Deer then scored five unanswered goals Saturday in the return engagement at Siksika Deerfoot Sportsplex. Two of those five markers came off the stick of 20-year-old forward Arshdeep Bains, as the Rebels took home a 5-1 victory.

The Pre-Season continues on two fronts Wednesday, September 22. The Vancouver Giants open their Pre-Season campaign at the Ladner Leisure Centre against the Kamloops Blazers, who took three of four points from the Prince George Cougars this past weekend. The Tri-City Americans will try and avenge a 3-2 setback suffered Sunday at the hands of the Spokane Chiefs when they meet Wednesday in the Lilac City.