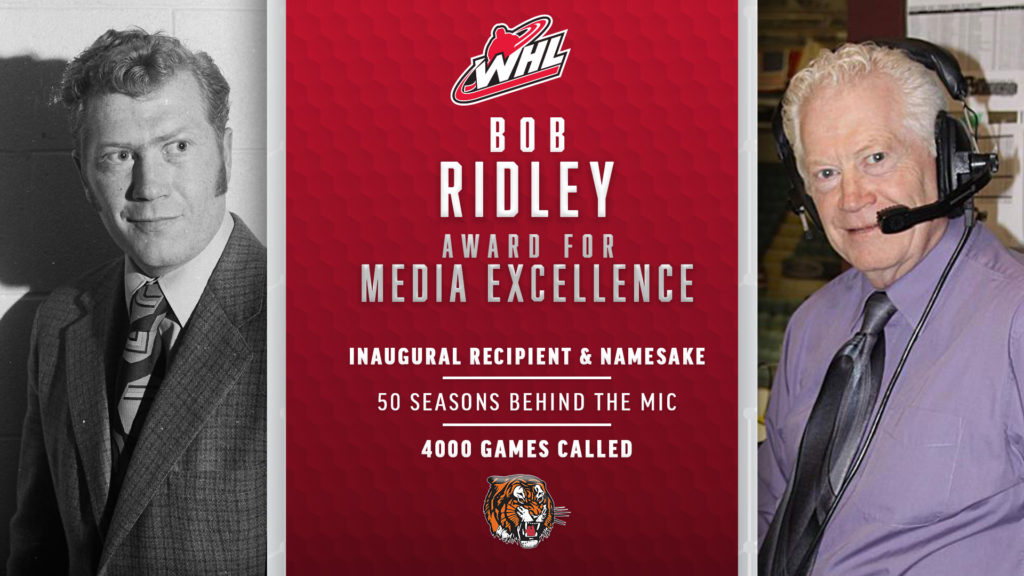 Medicine Hat, Alta. – The Western Hockey League announced today the Bob Ridley Award for Media Excellence, a new WHL Award which will be presented annually to a distinguished member of the radio, television, and print journalism industry in recognition of their outstanding contributions to sports journalism and the WHL.

“The WHL and our member Clubs are honoured to pay tribute to Bob’s remarkable career with the Medicine Hat Tigers by establishing the Bob Ridley Award for Media Excellence,” commented WHL Commissioner Ron Robison. “Bob has made an incredible contribution to the WHL and the Tigers over the past 50 years and as he gets ready to call his 4,000th WHL game it is only fitting we recognize his legacy with this new league-wide award named in his honour.”

Since the Tigers began play during the 1970-71 WHL Regular Season, Ridley has been the only play-by-play voice in team history, calling every single game the Tigers have ever played, with the exception of one. In 1972, Ridley missed one Tigers game after he was sent out on assignment to attend the Women’s National Curling Championship in Saskatoon, Sask.

In addition to his work as the Tigers play-by-play voice, Ridley also served as the Club’s bus driver for 45 seasons. His unique role helped forge everlasting bonds with players across more than five decades.

Ridley’s contributions to Major Junior hockey in Western Canada have been recognized on a number of previous occasions:

A 76-year-old native of Vulcan, Alta., Ridley began his pursuit of broadcasting working weekends at CJDV Drumheller while attending Mount Royal College in Calgary. From there, he moved on to CKSW Swift Current, working as a rock disc jockey and calling play-by-play for an intermediate baseball team in Swift Current, Sask. Ridley then spent two years at CKKR Rosetown before joining CHAT Radio and settling in Medicine Hat. 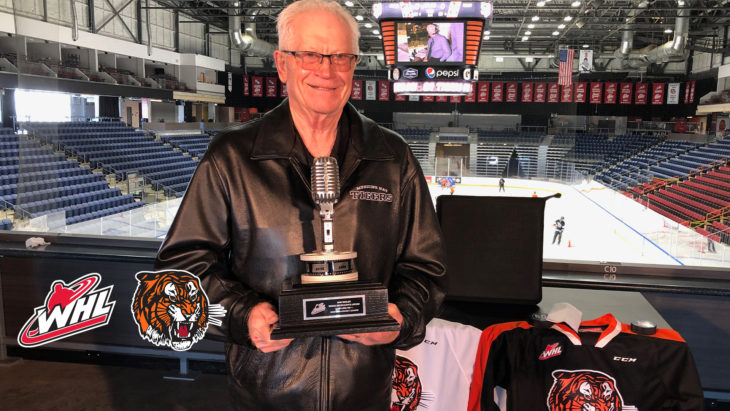