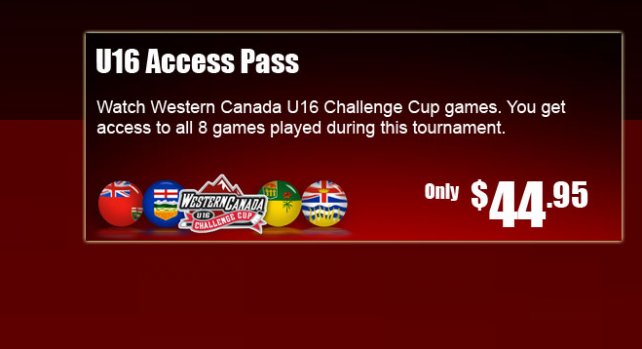 Calgary, AB – The top 1998-born players from across western Canada will be showcasing their skills this weekend as the 2013 Western Canada Under-16 Challenge Cup begins Thursday, October 31, 2013, at Father David Bauer arena in Calgary, AB.

The Western Canada U-16 Challenge Cup is the creation of the four western provincial hockey associations, in partnership with the Western Hockey League.  The tournament, now in its fourth year, sees 80 of the top prospects from Manitoba, Saskatchewan, Alberta and British Columbia battle it out for western Canadian supremacy.

All games during the four-team round-robin tournament will be streamed LIVE online through the WHL’s streaming internet partner NeuLion. Single games and all access packages are available.