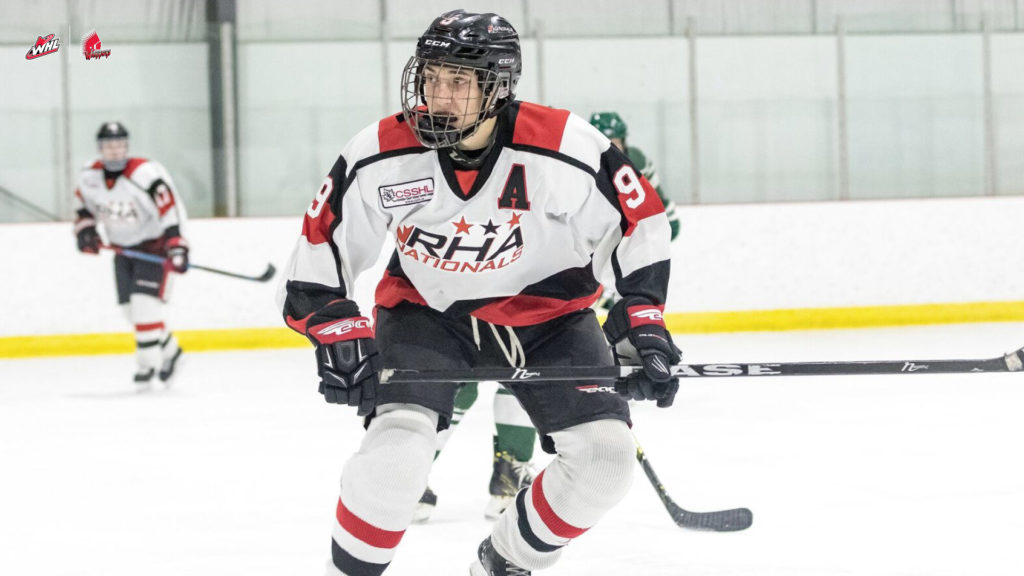 Moose Jaw Warriors General Manager Alan Millar has announced that 2018 first round pick Eric Alarie has committed to the Warriors and the Western Hockey League with the signing of a WHL Standard Player Agreement.

Alarie, 6-foot and 191 pounds, is from Winnipeg and was drafted in the first round, 22nd overall, at the 2018 WHL Bantam Draft in Red Deer.

“We are very pleased that Eric and his family have chosen the Warriors and the Western Hockey League as he pursues his hockey and academic goals,” commented Warriors General Manager Alan Millar.

“Eric brings a big, strong, hard game to our club with a very good skill set.  We are excited about Eric’s future with the Warriors.”