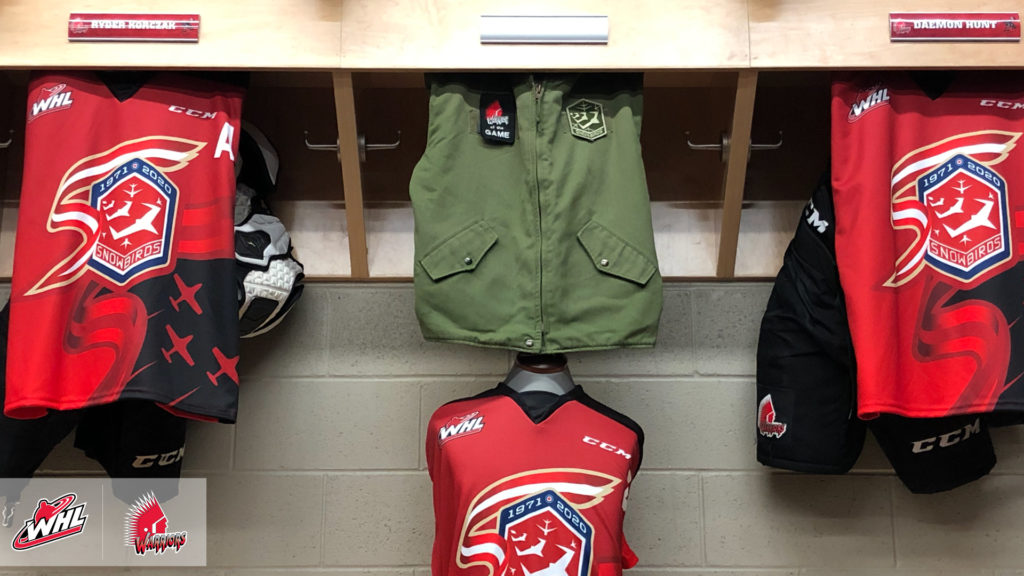 The Warriors and the Canadian Forces Snowbirds are synonymous with Moose Jaw.

For the ninth straight season, the two local organizations will be coming together for the Warriors’ Snowbirds Night at Mosaic Place, coming on Friday night when the Warriors battle the Winnipeg Ice.

“This is a night that we look forward to each and every year,” said Warriors’ director of business operations Corey Nyhagen. “Our partnership with the Snowbirds has really grown into something special.”

The Snowbirds air demonstration squadron is preparing to celebrate its 50th season in the sky this year and the Warriors are kicking off the celebration with special edition jerseys honouring the golden anniversary.

The jersey is in the Warriors’ traditional red and black colour scheme. It will feature the Snowbirds’ 50th-anniversary logo in the centre and has the Snowbirds’ iconic jet silhouette on the bottom of the front and back. The jet is also featured on the right sleeve of the jersey and the Warriors’ logos are adorned on the shoulder.

The numbers are also touched with gold to honour this special milestone for the squadron.

“Getting a sneak peek of that logo a while back really got me excited and really got me thinking about this jersey,” Nyhagen said. “We wanted it simple, we wanted it sleek, but we really wanted it to showcase the Snowbirds’ 50 years.” 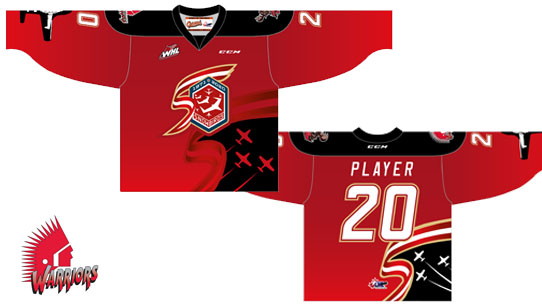 The game-worn jersey will be auctioned off during the game through a silent auction and then presented to the winning bidders by the player after the game.

“These jerseys are unique and part of the hoops we go through with Ottawa is these cannot be retailed, it’s very limited what we can do with them,” Nyhagen said.

The proceeds from the auction will go to the ‘Support Our Troops‘ program this year, which helps members, veterans, and their families overcome extraordinary challenges as a result of military service.

“When we were given the opportunity to be a part of this and raise money for this, it was a no-brainer for us,” Nyhagen said.

The Warriors host the Ice on Friday night for Snowbirds Night. Members of the air demonstration team will be on hand for the game, spending time with the Warriors before the game and also being honoured before puck drop that night.

The 9th Annual Snowbirds Night is this Friday.